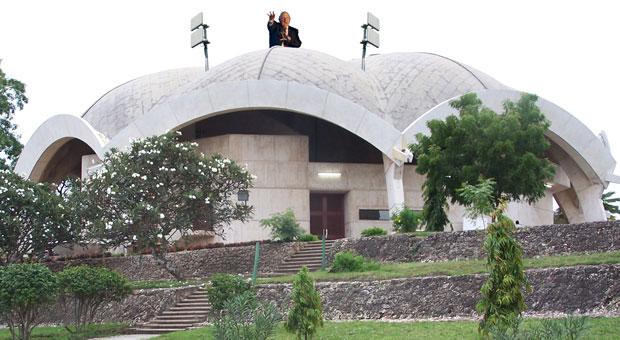 It's not just Bill Gates who has a benevolent eye turned towards Africa, as Microsoft has launched the second stage of its 4Afrika initiative in Tanzania. Redmond has teamed up with local provider UhuruOne to roll out white space broadband to the University of Dar es Salaam and is working with banks to help students get loans to buy Windows 8 hardware. Microsoft will also employ some students as on-campus support staff, offering training and qualifications to help them in the future. While the press release doesn't mention the discounted Huawei W1 that Microsoft is offering in Kenya, we can only assume Tanzanians will get the same offer -- fair's fair, after all.

May 08, 2013 The partnership is the latest from the Microsoft 4Afrika Initiative, a new series of investments designed to enable Microsoft to actively engage in Africa's economic development and to improve its global competitiveness.

TV white spaces technology is an innovative, tested and affordable method of providing wireless broadband by tapping into unused portions of wireless spectrum in the frequency bands generally used for television. Although Africa has the highest growth rates in the world for mobile broadband penetration, wireless broadband services remain largely unaffordable throughout the region. This pilot looks to improve that situation by focusing on broadband access in the essential area of education, an effort that will increase digital literacy, teach technical skills, advance e-learning and ultimately promote economic growth.

The pilot's initial deployment in Dar es Salaam will target the University of Dar es Salaam, among others. "We anticipate that tens of thousands of Tanzanian students and faculty members will be able to take advantage of the wireless broadband packages offered by UhuruOne through the project," said Dr. Hassan Mshinda, director general, COSTECH.

These integrated solutions will include a Windows 8 laptop or tablet, wireless broadband connectivity, and applications and services. The partners are working with banks to offer small loans to cover the cost of the packages.

In addition to offering affordable connectivity, devices and services, the pilot will hire a team of students as on-campus support staff for the network infrastructure. These students will benefit not only from employment but also from the opportunity to learn highly valued technical skills and gain qualifications for pursuing IT-related careers in the future.

"UhuruOne is not only an Internet service provider - we are social entrepreneurs working to reduce the digital divide," said Mihayo Wilmore, founding partner, UhuruOne. "This project exemplifies our approach to connecting underserved populations. We are committed to increasing the affordability, accessibility and availability of broadband service in Tanzania and are pleased to be working with Microsoft and COSTECH in this critical effort."

The Tanzania pilot follows a similar project Microsoft launched in Kenya in February (see related press release), which uses white spaces and solar power to deliver low-cost wireless broadband to rural locations without previous access to broadband or reliable electricity. These pilot projects and similar initiatives are part of the Microsoft 4Afrika Initiative, a new series of investments designed to enable Microsoft to actively engage in Africa's economic development and to improve its global competitiveness. As part of that effort, the company is committed to working with African governments to help drive a clear understanding of the legal and regulatory environment needed for white spaces technology to be commercially deployed on a large scale, to the benefit of all Africans.

"After announcing our 'Mawingu' pilot in Kenya, Microsoft has been flooded with requests from a wide range of companies and governments interested in developing similar projects," said Paul Garnett, director at Microsoft's Technology Policy Group. "White spaces technology and efficient spectrum management have a huge potential for expanding affordable broadband access throughout the world. We hope all governments will follow the example of forward-looking countries like Kenya, Tanzania and many others that have taken steps to support deployment of white spaces technology."

In this article: 4Afrika, microsoft, Tanzania, UhuruOne, White Space, WhiteSpace
All products recommended by Engadget are selected by our editorial team, independent of our parent company. Some of our stories include affiliate links. If you buy something through one of these links, we may earn an affiliate commission.