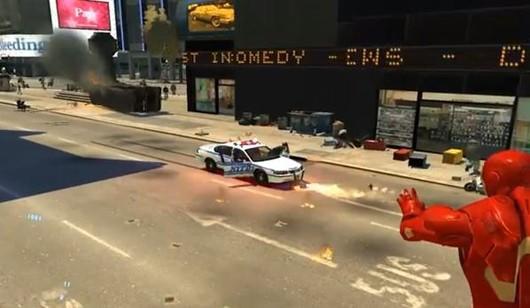 Grand Theft Auto 4 has been host to many excellent mods in the past, such as one in which R2-D2 destroys Liberty City. In this case, YouTube user taltigolt recently showed off a video that showcaes improvements made to a complete GTA 4 mod that places Iron Man in the heat of the action.

Not only does the video show Iron Man flying around the city and smashing into buildings, but he destroys police cars with ease by raising his arms. The modding crew also uploaded an album with Tony Stark in the game to their Facebook page. Unfortunately, the video features no sound at the request of another GTA 4 modder. Just imagine various crunch and explosion sound effects while you watch it.
In this article: Grand-Theft-Auto-4, gta-4, gta-4-mod, gta-iv, GTA4, iron-man, mod, pc, Rockstar-Games, rockstar-north, tony-stark
All products recommended by Engadget are selected by our editorial team, independent of our parent company. Some of our stories include affiliate links. If you buy something through one of these links, we may earn an affiliate commission.