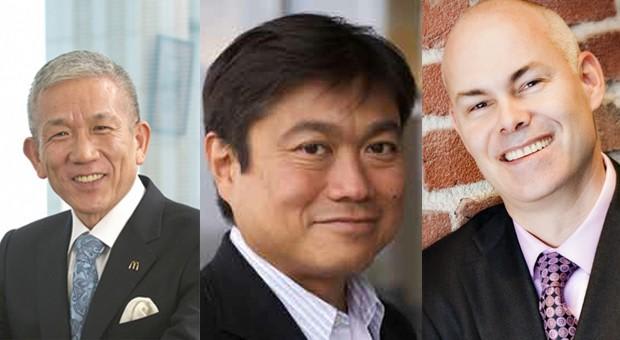 While Sony has been improving its bank balance as of late, most of that turnaround has come through job cuts and office sales -- the company needs new strategies to thrive in the long run. Accordingly, the firm has nominated three new board directors with experience outside of its core electronics divisions. Tim Schaaff (at right) is a relative insider with his board position at media-focused Sony Network Entertainment, but the same can't be said for his two peers. Eikoh Harada (left) has been turning around McDonald's Japan as its CEO, while Joichi Ito (center) is well-known for his roles as the director of MIT's Media Lab and the founder of Digital Garage. Both Harada and Schaaff also worked at Apple several years ago, giving them experience at one of Sony's main rivals. Provided the three become board members at a shareholder meeting on June 20th, they could bring new thinking to a company frequently accused of clinging to business as usual.

In this article: apple, BoardOfDirectors, eikohharada, joichiito, mcdonalds, mitmedialab, mobilepostcross, sony, SonyNetworkEntertainment, timschaaff
All products recommended by Engadget are selected by our editorial team, independent of our parent company. Some of our stories include affiliate links. If you buy something through one of these links, we may earn an affiliate commission.