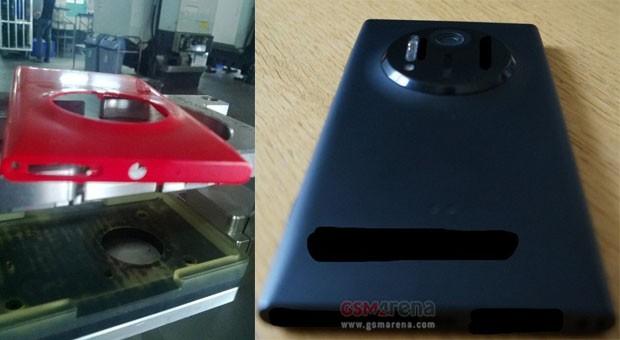 Images of an alleged Nokia EOS chassis have leaked from what appears to be a factory, lending some credence to previous rumors of a camera-centric handset from the Finnish outfit. Shots from GSM Arena and others also show what looks like a Nokia Lumia 920, right down to the position of the ports and buttons -- but with an enormous camera bump that takes up almost half of the back cover. So far we've seen it leak out in yellow, red and black, and if it's real, looks to be the holy grail that many Nokia lovers have been seeking: a Lumia 920 and Pureview 808 mashup, resulting in a 41-megapixel WP8 handset. All that giddiness aside, such a device could merely be a prototype and will stay a rumor until confirmed by Nokia -- meanwhile, you can check the source and coverage links below for many, many more images, and decide for yourself.

In this article: cameraPhone, EOS, leak, nokia, smartphone
All products recommended by Engadget are selected by our editorial team, independent of our parent company. Some of our stories include affiliate links. If you buy something through one of these links, we may earn an affiliate commission.