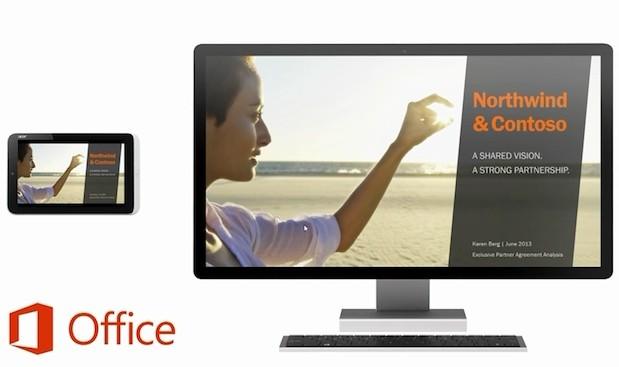 We already knew that Windows RT tablets would be getting their very own Outlook app with Windows 8.1, but apparently Microsoft has even more plans up its sleeve. Here at Build, the company is teasing a Metro-style Office suite that will be available through the Windows Store, just like any other non-desktop Windows program. Unfortunately, this is a tease in the truest sense of the word: Redmond won't say when the app will be available, and isn't providing many official screenshots. However, a company spokesperson did tell reporters that PowerPoint will have "all of the same transitions, the same graphic power [and] file format capability" as the desktop version, so presumably the same is true of Word and Excel too. That's all we have to share for now, though you can bet we'll be back with a proper hands-on as soon as Microsoft is ready to show off a more final version of the app. 14
In this article: build, build2013, metro, microsoft, MicrosoftOffice, office
All products recommended by Engadget are selected by our editorial team, independent of our parent company. Some of our stories include affiliate links. If you buy something through one of these links, we may earn an affiliate commission.