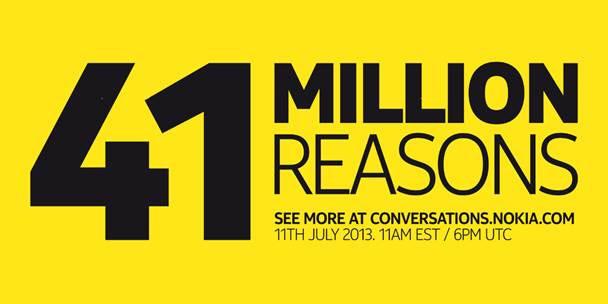 For anyone that won't be attending Nokia's incoming New York event, you won't have to sit in silence until the news breaks, because the entire event will be streamed from Nokia's own Conversations site. There's nothing going on at the link yet, but you can at least bookmark it for now and we'll be there in person to report on all the important announcements, presumably including a photo-loving, zoom-reinventing new Windows Phone.

In this article: 41Megapixel, 41mp, eos, lumia, mobilepostcross, newyork, nokia
All products recommended by Engadget are selected by our editorial team, independent of our parent company. Some of our stories include affiliate links. If you buy something through one of these links, we may earn an affiliate commission.