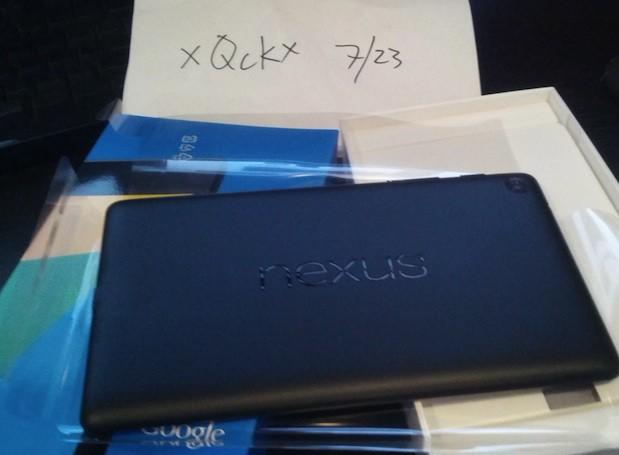 You know that new Nexus 7 that's been leaked several times over the past few weeks? Well, it looks like someone got their hands on it early, according to these newly released images on Reddit. There's not much else to glean from these snapshots aside from new packaging (we've included an image of that after the break), a SKU and what is obviously a new Nexus tablet -- the rear matches the leaked renders we saw from @evleaks a couple of days ago. Aside from its 7-inch screen size, rumored specs include a 5-megapixel camera and that highly-anticipated Android 4.3. We're not sure how this guy got it so early, but this does signify the imminent arrival of Google's next tablet.

Update: A tipster has sent in more pictures of a device and packaging, showing off its rounded edges and Android 4.3 OS. Check out the gallery for a quick look or after the break for a video unboxing and hands-on posted by Android Police... all before Google's new slate is even officially launched. In this article: google, mobilepostcross, nexus7, reddit, video
All products recommended by Engadget are selected by our editorial team, independent of our parent company. Some of our stories include affiliate links. If you buy something through one of these links, we may earn an affiliate commission.