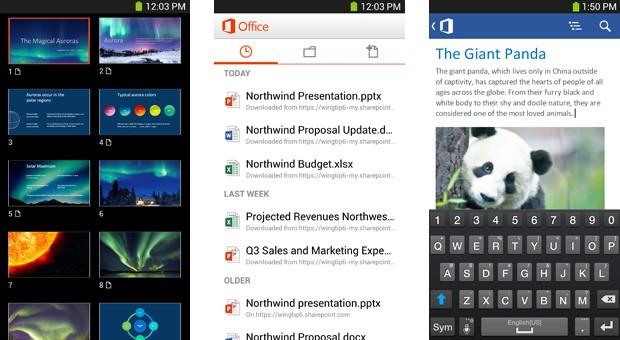 The once-mythical Office Mobile for iPhone has been available for a while, but what about that rumored Android version? As of today, it's equally real: Microsoft has launched Office Mobile for Android. Its cloud-focused approach to editing Excel, PowerPoint and Word documents will be familiar to those who've tried the iOS release, including SkyDrive storage support. What differences exist are there primarily to accommodate Google's Holo interface guidelines -- as on iOS, there's no tablet-native interface. The pricing certainly hasn't changed. While the core app is free, you'll need an Office 365 subscription to start working.

In this article: android, excel, microsoft, mobilepostcross, office, office365, officemobile, powerpoint, productivity, skydrive, smartphone, word
All products recommended by Engadget are selected by our editorial team, independent of our parent company. Some of our stories include affiliate links. If you buy something through one of these links, we may earn an affiliate commission.