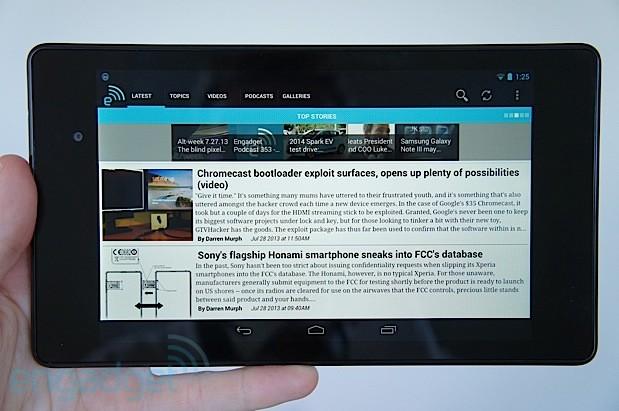 If you're upset that Google hasn't posted factory images for the new Nexus 7, you're not alone. Android Open Source Project maintainer Jean-Baptiste Quéru has just confirmed that he's leaving his role in the wake of legal issues that prevent him from publishing a Nexus 7 image with working graphics. While he isn't specific about the nature of the conflict, Android Police and others believe that Qualcomm isn't ready to offer its video drivers for use in AOSP builds. We've reached out to both Google and Qualcomm, and we'll let you know if they have any further insight. In the meantime, don't expect a Nexus 7 image anytime soon -- Google will likely need a new AOSP overseer, and Quéru doesn't see any progress on the horizon.

In this article: android, AndroidOpenSourceProject, aosp, google, Jean-baptisteQueru, nexus, nexus7, opensource, qualcomm
All products recommended by Engadget are selected by our editorial team, independent of our parent company. Some of our stories include affiliate links. If you buy something through one of these links, we may earn an affiliate commission.