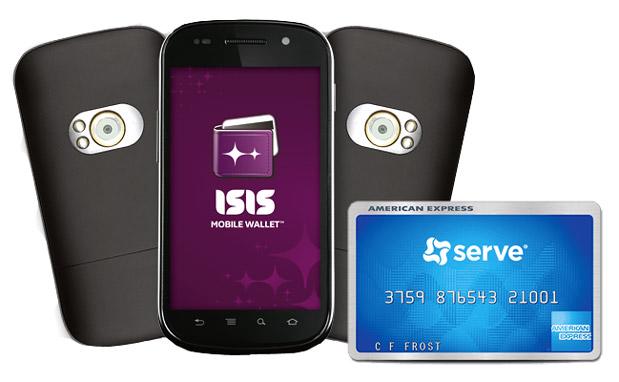 Isis is gearing up to expand its Mobile Wallet service nationwide in the coming months, but its plans don't end there. The company has just announced that it's teaming up with American Express to bring the latter's Serve platform to Isis Mobile Wallet. Serve account holders will be able to make use of most of the features they already expect from Amex, like loading cash to their accounts, paying bills electronically and adding funds via direct deposit. By joining up with Isis, Serve is now unlocking the Mobile Wallet's capabilities, like NFC-powered payments at participating retail locations. Though Isis is currently limited to Austin and Salt Lake City, the company -- now with Amex on its side -- hopes to reach customers coast to coast before the year is out, though we don't have a specific date for availability just yet. For more info, check out the press release after the break.

"Linking the platforms will allow millions of people to conveniently and inexpensively manage and move their money," said Dan Schulman, group president, Enterprise Growth, American Express. "From the palm of your hand, consumers including those without access to traditional bank accounts or credit can have access to everyday financial services. And our combined solution works in today's retail environment, and in the emerging 'tap to pay' point of sale ecosystem."

"Our relationship with American Express Serve underscores our mutual commitment to providing consumers with choice and value in mobile payments," said Michael Abbott, chief executive officer, Isis. "We learned through our pilot that customers love the convenience of tap and pay with the ability to manage their payments and loyalty programs from one app. By adding American Express Serve to the Isis Wallet, we can immediately provide millions of consumers the opportunity to participate in mobile commerce as we continue to enrich the consumer experience."

According to the FDIC, nearly 70 million Americans do not have bank accounts or access to credit. Many of these Americans are paid in cash and must rely on expensive services to pay their bills or send money to friends or family. By adding alternatives to traditional banking services at a low cost to the Isis and American Express Serve experience, American Express Serve is now able to provide a unique service proposition to millions of Americans.

In this article: AmericanExpress, AmericanExpressServe, app, Isis, IsisMobileWallet, MobilePayments, mobilepostcross, Serve
All products recommended by Engadget are selected by our editorial team, independent of our parent company. Some of our stories include affiliate links. If you buy something through one of these links, we may earn an affiliate commission.