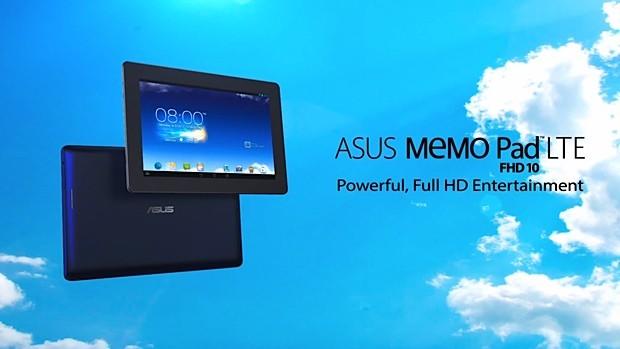 It's been sliced, it's been diced, it's been flaunted before. The ASUS MeMo Pad FHD 10 LTE -- a mouthful, we know -- was all but announced when CEO Jerry Shen brandished the slate on stage during Qualcomm's keynote at Computex. While we got our mitts on the dual-core Atom-based (Clover Trail+) non-LTE model in Taipei, the Snapdragon-equipped LTE version's been shrouded in mystery -- until now. ASUS just posted an official promo video on YouTube that outlines the tablet's specs: 9.9mm thick (vs. 9.5mm), 572g (vs. 580g), quad-core processor, stereo speakers, Miracast support, 5MP AF camera, 10-inch 1,920x1,200 IPS panel (178-degree viewing angles), 10-hour battery life, microSD card slot and an optional Folio Key keyboard cover. Not. Too. Shabby. Of course, it's unclear exactly which quad-core Qualcomm SoC the device features, but with LTE in the mix, we're guessing there's a Snapdragon 800 on the menu. Hit the break for the promo video.

In this article: Android, asus, google, LTE, MemoPad, MemoPadFHD10LTE, Qualcomm, Snapdragon, video
All products recommended by Engadget are selected by our editorial team, independent of our parent company. Some of our stories include affiliate links. If you buy something through one of these links, we may earn an affiliate commission.