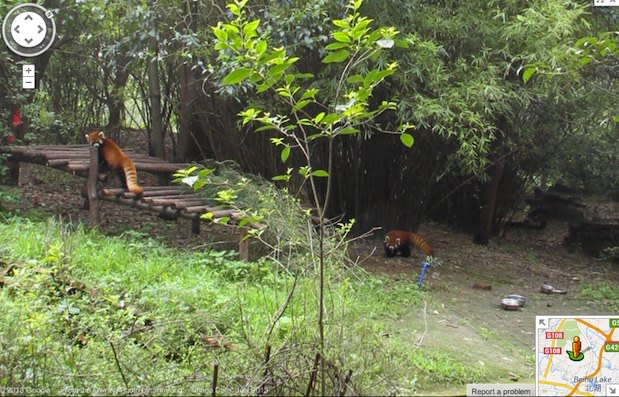 Granted, the name "Street View" doesn't really apply like it used to, but who's going to argue with a feature like this? Google announced today that it's added imagery from zoos all over the world to the Maps feature, meaning that you can check out lions, tigers and red pandas in their unnatural habits and avoid the long lines at the monkey house. Google's got links to the zoo shots in the source link below, including locations in Singapore, Germany, Spain, the UK and China -- sadly there are no dog lions, however, so far as we can tell.

In this article: animals, google, maps, streetview, video, zoo
All products recommended by Engadget are selected by our editorial team, independent of our parent company. Some of our stories include affiliate links. If you buy something through one of these links, we may earn an affiliate commission.