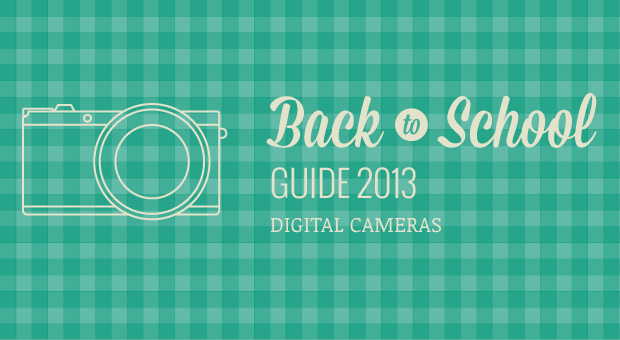 Welcome to Engadget's back to school guide! We predict plenty of campus parties in your near future, which is why we're tackling digital cameras today. Head to the back to school hub to see the rest of the product guides as we add them throughout the month. Be sure to keep checking back; in early September, we'll be giving away a ton of gear.

You don't need to pick up a dedicated shooter before you head off to college -- your smartphone can likely fill in until you're able to drop some serious cash on a model that'll last all four years. Still, you'd certainly be better off with a device that can capture memories at concerts, football games, in the dorm and at parties without hesitation. For that, you're going to want a camera with serious capabilities, and many don't come cheap. We've sorted our favorites based on model type -- there's something for everyone, and in every price range, too. A point-and-shoot will suit most students just fine, but photography and journalism majors will definitely want to step up to an interchangeable-lens camera, such as a compact mirrorless ILC or a full-size DSLR. Click through for our picks.

The Sony RX100 II is a modest update to our favorite point-and-shoot of all time, the RX100. This high-end camera definitely falls at the upper end of the pricing spectrum, but it's worth every penny thanks to top-notch optics and spectacular image quality. A large 1-inch BSI CMOS sensor lets you snap usable images at up to ISO 12,800, enabling low-light captures without a flash. The improved 3-inch 1.3M-dot LCD tilts up and down, so you can see clearly even when holding the camera at odd angles. There's even a Multi Interface Shoe for adding accessories like an electronic viewfinder, microphone or external flash.

The Ricoh GR's 16.2-megapixel APS-C CMOS sensor is gigantic for a pocketable camera, and an absent low-pass filter means super-sharp captures. The f/2.8 18.3mm (28mm equivalent) lens doesn't zoom, which many will find inconvenient, but the image quality you can achieve here makes the sacrifice worthwhile.

If you're on a tight budget, you really can't go wrong with an ELPH. Canon's PowerShot 130IS sports a 16-megapixel sensor, an 8x lens, a sharp 3-inch LCD and boosted battery life. It also includes WiFi, enabling instant uploads to the web.

Samsung's flagship NX300 is the company's most powerful camera yet. And, thanks to its autofocus capabilities, fantastic image quality and a competitive price, it's our top pick for 2013. The 20.3-megapixel APS-C sensor offers excellent output, and the retractable 20-50mm kit lens is versatile and compact. There are plenty of hardware controls, but you can also input settings directly on the high-res 3.31-inch AMOLED touchscreen, and you can share your shots right away using the built-in WiFi and companion smartphone app. It's also an excellent choice for shooting sports and other fast motion, thanks to a top shutter speed of 1/6000 second and an 8.6 fps continuous mode.

Canon's 70D is light-years ahead of its predecessor, particularly when it comes to video. If you plan to use a DSLR to capture motion pictures, there's no other model that can touch the 70D's autofocus capabilities. A completely redesigned autofocus system enables brilliantly smooth focus transitions and incredible speed whenever you're using live-view mode. As for stills, the camera can snap 20.2-megapixel images with its APS-C CMOS sensor at up to ISO 25,600. The 3-inch high-res touchscreen pops out and tilts up and down for improved control at a variety of angles. It also includes a 7 fps continuous mode, 1080/30p video capture and a microphone input with manual levels control.

In this article: back to school, backtoschool, bts2013, cameras, dslr, nikon, samsung, sony
All products recommended by Engadget are selected by our editorial team, independent of our parent company. Some of our stories include affiliate links. If you buy something through one of these links, we may earn an affiliate commission.