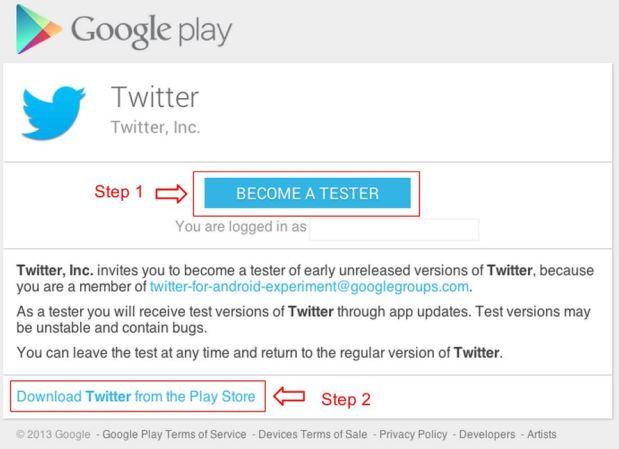 Given the apparent backlash over Twitter's decision to add blue lines to its conversation view, we can't help but wonder if things could be different had the company implemented an open beta test program before pushing it out to the masses. Whether or not that particular situation was the impetus, it looks like the company is following in the footsteps of Facebook and Snapchat and is launching an official Android beta -- known simply as the Twitter for Android Experiment -- for any interested souls. After agreeing to sign up for a Google Group, the beta actually replaces your current Twitter app, and you're alerted each time a new build is available. As any good beta program should, there are plenty of opportunities for you to offer feedback on bugs; we're not sure if you can report blue lines as a "bug," but it's still great to know that our voices can finally be heard before new features roll out to everyone.

In this article: android, beta, betatest, google, mobilepostcross, twitter
All products recommended by Engadget are selected by our editorial team, independent of our parent company. Some of our stories include affiliate links. If you buy something through one of these links, we may earn an affiliate commission.