Development costs for This War of Mine covered in two days 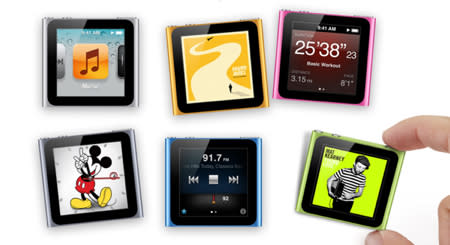 The smartwatch market is a weird one, so when a new device enters the fray it can be somewhat confusing to pinpoint exactly where it fits in. Samsung jumped in today with the reveal of the Galaxy Gear, a $299 smartwatch that, at launch, will work with exactly one smartphone, the Galaxy Note 3.

Unless you're planning on dropping the cash to upgrade your handset to the as-of-yet unreleased new Note, there's no reason to really consider the Galaxy Gear in the first place. But don't worry, Apple already released a device way back in 2010 that competes with the Gear, and it can now be found for less than half the price of Samsung's new gadget. That device is the 6th generation iPod Nano, and it might not be a smartwatch, but it does a pretty respectable job of faking it.

Check out the head-to-head comparison below and see which one is the better value for you.

In this article: infographic, iOS, iPod, ipod nano, IpodNano, smartwatch, watch
All products recommended by Engadget are selected by our editorial team, independent of our parent company. Some of our stories include affiliate links. If you buy something through one of these links, we may earn an affiliate commission.