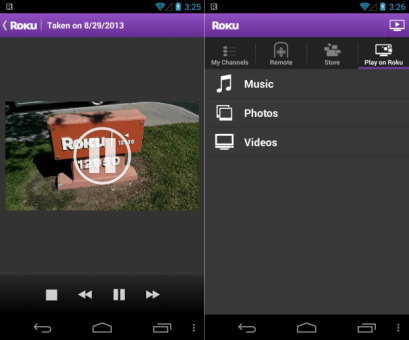 Just over a month after its iOS debut, video support for "Play on Roku" is now available for the streaming box's Android app. You'll need a second gen or newer Roku running at least software version 5.1 to push hand-crafted video from your Google gizmo, and then it only works with "select" Ice Cream Sandwich or later devices. Which ones? The company's blog lists the Samsung Galaxy S III and S4, HTC One, Nexus 4 and 2012's Nexus 7 tablet. You have one of those, right?

In this article: android, Android4.0, hd, hdpostcross, mobile, mobilepostcross, PlayOnRoku, roku, streaming, update, video
All products recommended by Engadget are selected by our editorial team, independent of our parent company. Some of our stories include affiliate links. If you buy something through one of these links, we may earn an affiliate commission.