Given the recent leaks, it's no surprise that ASUS is now readying the launch of its aptly named "the new PadFone Infinity." According to an invitation we just received, CEO Jerry Shen will be hosting an event for said device in Taipei next Tuesday, so we'll be there to get our hands dirty. For now, all we know is that this phone + tablet combo will look pretty much identical to the current model, except it'll likely get a more powerful Snapdragon 800 SoC inside, as well as a microSD slot and an all-white color option. Stay tuned for our coverage!

Update: ASUS has just added a short, cheeky video (after the break) showing the smartphone leaving the orbit of its tablet companion. A countdown page has also appeared showing the six or so days left until the new new PadFone's "launch" on September 17th -- you can find it at the source.

In this article: android, asus, invitation, jerryshen, launch, mobilepostcross, newpadfoneinfinity, padfone, padfoneinfinity, phone, snapdragon800, tablet, taipei, taiwan, thenewpadfoneinfinity, video
All products recommended by Engadget are selected by our editorial team, independent of our parent company. Some of our stories include affiliate links. If you buy something through one of these links, we may earn an affiliate commission. 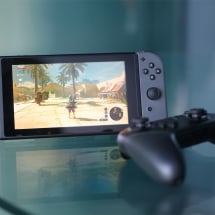