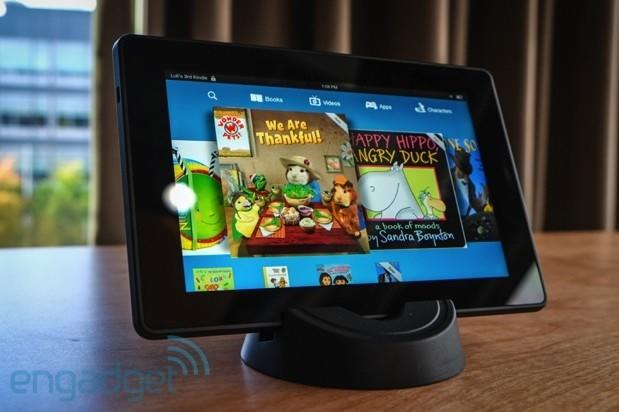 It's no surprise, of course, that the Kindle Fire HDX was the thing Amazon wanted to shout about from the Seattle mountaintops today. But Jeff Bezos had another little surprise up his impeccably tailored sleeves -- a surprise that makes the $229 HDX look downright extravagant. A warm (if decidedly overcast) Pacific Northwest welcome to the new Fire HD. Well, "new" is perhaps not entirely accurate. This Kindle shares a lot with its predecessor, though there are some notable changes. Namely, the body. See, if we're strictly talking form factor here, this guy is a dead ringer for the 7-inch HDX. Inside, however, you'll find last-gen processing power: a 1.5GHz dual-core processor, and on the front, the same old 1,280 x 800 display. Still, not too shabby for $139 -- that's $60 less than the last version cost moments before this post went up.

That price also gets you access to Fire OS 3.0, aka "Mojito," Amazon's latest sugary rum of an operating system. Naturally, some of the new features just won't work on this hardware -- things like Mayday, which requires a microphone for use. Like the HDX, this slate plays nicely with those neat new Origami covers. You can pre-order one right this second, but you'll have to hang on until October 2nd before it actually starts shipping.