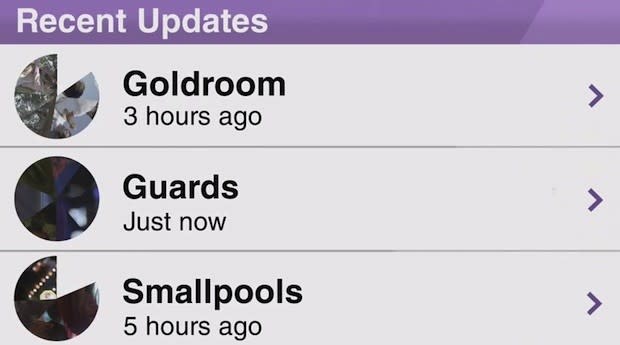 Already wildly popular amongst younger users, picture sharing app Snapchat is launching the next phase of its app today, and for the first time it's bringing a feature to its iOS and Android apps at the same time. Snapchat's claim to fame has always been that it shares images or short videos from one person to another, that disappear after viewing instead of living on in infamy (our early Tweets are a constant source of embarrassment). Now, the new Stories feature gives each user a feed similar to those on Instagram, Facebook, Twitter or Tumblr that all of their friends (instead of just one) can check out, but with a familiar hook -- the Snaps disappear after 24 hours. Another interesting element is that, like Path, it also displays a list of who viewed each Snap.

In a blog post, the company touts the ephemeral nature of the feature, noting that "The end of your Story today is the beginning of your Story tomorrow." To some, the service's reputation is only for how it helps the Anthony Weiners of the world, but the introduction of Stories may change that -- and introduce more competition for other social networks where users are wary of how long even casual posts could live to haunt them. The feature hasn't popped up on either app store yet, for now you can check after the break for a few videos showing the stories users might tell -- if they were in one of those bands the young folks are listening to.

In this article: android, app, apple, ios, mobilepostcross, snapchat, stories, story, video
All products recommended by Engadget are selected by our editorial team, independent of our parent company. Some of our stories include affiliate links. If you buy something through one of these links, we may earn an affiliate commission.