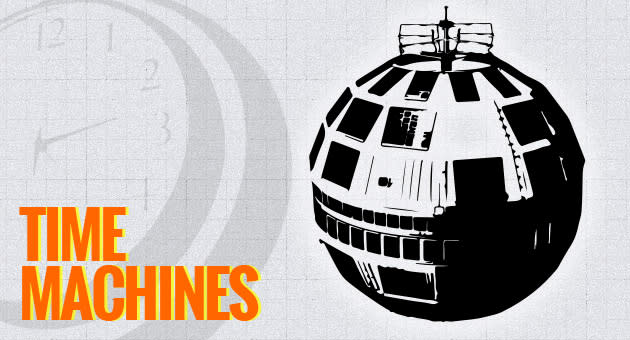 The design may seem to be rooted in the dark side, but this communications satellite was a force for global good. It relayed the world's first transatlantic TV signal and tested the orbital waters for future satellite development. Think you know what it is? Head past the break to find out.

Telstar 1 was developed by Bell Telephone Laboratories for AT&T and NASA took care of shuttling the 171-pound, 34.5-inch sphere into low-Earth orbit on July 10th, 1962. A solar array powered the satellite, along with a backup battery and it could spin-stabilize its orientation for optimal transmission of data, telephone calls and TV broadcasts. It was the first of its kind and although it was only operational for a few months, and could only broadcast television signals for limited durations, it informed the future of telecommunications, space exploration and, quite possibly, the stylings of a fictional, moon-sized space station.

In this article: att, gadgetry, gadgets, gear, NASA, personal computing, personalcomputing, quiz, satellite, space, telstar 1, Telstar1, time machines, TimeMachines
All products recommended by Engadget are selected by our editorial team, independent of our parent company. Some of our stories include affiliate links. If you buy something through one of these links, we may earn an affiliate commission.