When it comes to player outrage, EVE Online seems to make the headlines more than any other MMO. The game has endured several high-profile scandals in its 10-year history, from the T20 developer corruption incident in 2007 to 2011's famous Monoclegate scandal. As EVE is a true sandbox game with a focus on PvP and player competition, developers have historically limited their direct influence on the universe. The importance of limiting interference became abundantly clear during the T20 incident when it was discovered that a developer had given tech 2 blueprints and preferential treatment to the Band of Brothers alliance.

This interference in the sandbox had a profound and lasting impact on EVE's political endgame and undermined the legitimate accomplishments of other alliances. Some of the same issues that were raised in the wake of that scandal have now resurfaced amidst controversy over CCP's community team and its involvement with third-party fansites. Gambling website SOMER Blink was selected to host a huge giveaway event with rare prizes provided by CCP, and the contest organisers were then given rare battleships worth billions of ISK to keep as thank-you presents.

In this week's EVE Evolved, I run down the details of the latest EVE Online controversy and ask whether CCP should directly interfere in the sandbox at all.

How the controversy started

Last month, CCP announced a massive giveaway in celebration of its upcoming EVE Vegas event. In keeping with the Las Vegas theme, the community team decided to run the contest through gambling website SOMER Blink, a third-party site that runs hundreds of micro-lotteries per day for ships and items. This would probably have gone largely unopposed if it weren't for the fact that the prizes included two Gold Magnates and three Guardian Vexors, both extremely rare ships given out as part of events in EVE's early years.

Guardian Vexors are highly sought-after by collectors as only 50 were ever made, and they were handed out with the understanding that no more would ever be released. The Gold Magnate hit an even more sensitive sore spot with older players, as it was a one-of-a-kind relic awarded to a well-known player named Tyrrax Thorrk in 2003 for winning the Amarr Championship. He used the ship in PvP, and it was eventually destroyed by a m0o pirate corporation gatecamp in 2004, an event that has become part of EVE's player-made history.

When ships like these or the alliance tournament prizes are released, they are always accompanied by a promise that no more will ever be created. Players and the CSM complained about the prizes, and CCP eventually changed them to unique variants of the upcoming Sisters of EVE ships, but many still objected to the contest occurring on a gambling website.

Accusations of favouritism being showed toward SOMER Blink started to appear based on the sheer value of the prizes provided. The situation was rapidly inflamed by a leaked message from the site's creator to all staff members confirming that each member would be getting a rare Ishukone Watch Scorpion and asking them to keep the ships low-profile for a while. CCP later clarified that this secrecy was Somer's own suggestion and not one from the community team, but players still aren't happy with the lack of transparency. Developers publicised the lottery in an earlier devblog but didn't mention that the organisers would each be getting a free rare ship.

It should be pointed out that CCP has given PLEX and rare ships as prizes and gifts to the BIG Lottery and other player-run contests before, so this isn't the first time it's happened. The Ishukone Watch Scorpion was not promised to be a limited-run item and has been given out in several different events. Other MMOs run events like this all the time and frequently give in-game perks and items to the players organising them, so what makes this event any different? Part of the problem is that most players weren't even aware that fansite owners were being given gifts before this scandal, and it's not a fact that CCP advertises publicly. Most people only became aware of this practice and of the rapidly falling rarity of the Ishukone Watch Scorpion when Somer's evemail was leaked.

Should CCP ever interfere?

The SOMER Blink fiasco raises the important question of how much interaction developers should have with the community. In most MMOs, directly interacting with the community and supporting player-run events would be welcomed. But because EVE Online is a competitive sandbox at its core, giving one group endorsement or valuable items can undermine the efforts of other players. Every time CCP sponsors an event, it runs the risk of giving one group an unfair advantage. I personally don't think developers should ever inject items into a sandbox environment, and a lot of players are now recommending that CCP restrict gifts to out-of-game items or PLEX only.

Perhaps the biggest mistake in this entire debacle was CCP Navigator's statements that SOMER Blink has "a history of being trustworthy" and that "to date they have been 100% truthful," both facts that nobody except the site's coders actually know for sure. There's nothing technically stopping the owner from manipulating lotteries in the background to let their own characters win big events or increase certain characters' chances of winning. Trust is a valuable commodity in EVE that has to be earned, and no player-run entity should ever get an official endorsement of trustworthiness from CCP.

The recent drama over the community team has been compared to the T20 developer scandal, but I find that's largely hyperbole. The T20 incident involved a developer covertly creating valuable blueprints to give his own player character an advantage, and then giving them to his alliance. In comparison, the SOMER Blink fiasco seems like mostly a case of poor communication and planning.

The CSM wasn't consulted on the event, and there's currently no policy in place to specify how CCP should deal with third-parties without officially endorsing them. In response to recent events, Chief Marketing Officer David Reid has promised to develop a new programme for third parties that want CCP support and a new policy to help keep CCP impartial. This is definitely a step in the right direction, but I'm beginning to think any interference in the sandbox of this kind at all is too much.

Brendan "Nyphur" Drain is an early veteran of EVE Online and writer of the weekly EVE Evolved column here at Massively. The column covers anything and everything relating to EVE Online, from in-depth guides to speculative opinion pieces. If you have an idea for a column or guide, or you just want to message him, send an email to brendan@massively.com.
In this article: blink, ccp, ccp-games, ccp-navigator, corrupt, corruption, eve, eve-evolved, eve-online, favoritism, favouritism, featured, gamble, gambling, gold-magnate, guardian-vexor, ishukone-watch-scorpion, lottery, m0o, magnate, opinion, opinion-piece, prize, prizes, sandbox, scandal, sci-fi, scorpion, somer, somer-blink, somer.blink, t20, vexor
All products recommended by Engadget are selected by our editorial team, independent of our parent company. Some of our stories include affiliate links. If you buy something through one of these links, we may earn an affiliate commission. 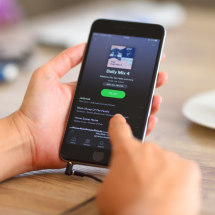