The first ‘blockchain baby’ is here 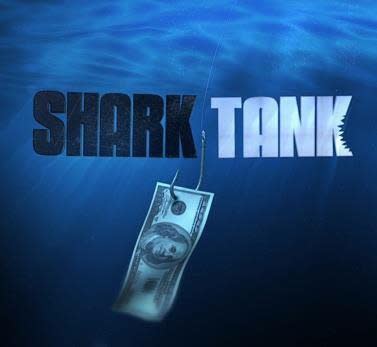 ABC's entrepreneur investor reality show Shark Tank is currently the number one TV show in its Friday time slot, drawing 6.4 million viewers total and 1.7 million in the ever-important 18-49 demographic. A panel of millionaires and billionaires listen to pitches from entrepreneurs looking for investors in their companies. Some people walk away with millions of dollars in investments, others with nothing. But how does an appearance on the show impact your company when you don't win over the investors? For one app developer, the answer is swimmingly.

Garret Gee's startup Scan appeared this past Friday, October 12, on the show seeking US$1 million for his QR-code scanning mobile app. While his pitch was denied by the investors, viewers were sold, and his app has jumped wildly in the charts since the show aired.

On Friday, Gee wrote to AllThingsD to explain his motives for going on the show.

"We were open to a deal, but exposure was definitely a top priority/perk."

While the investors on the show weren't impressed, the company has been noticed by some powerful players in the tech world. Recently Entree Capital, Google Ventures and Menlo Ventures valued Scan at $21 million, and the company has raised over $7 million dollars to date. Even without the investors' money, it seems like the Shark Tank appearance was a wise investment of Gee's time.
In this article: qr code, QrCode, scan, sharktank
All products recommended by Engadget are selected by our editorial team, independent of our parent company. Some of our stories include affiliate links. If you buy something through one of these links, we may earn an affiliate commission.
Share
Tweet
Share