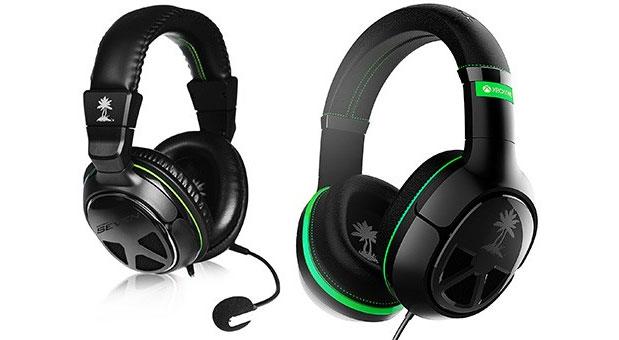 The Xbox One may come with its own beefed up audio accessories, but audiophiles waiting on Turtle Beach's XO Ear Force headsets will have to wait: Microsoft won't support them until 2014. According to a statement confirmed by Microsoft, the Xbox One Headset Adapter that enables the use of third party audio accessories will ship early next year, leaving early adopters to make due with the official pack-ins. Redmond says it'll use the spare time to help manufactures "create new headsets that will take full advantage of the Xbox One technology," also noting that the console's included headset is free, after all.

The partnership provides a wide range of opportunities to increase exposure of the Turtle Beach brand to consumers. In connection with the launch of the XO FOUR and XO SEVEN headsets, Turtle Beach and Microsoft will collaborate on consumer, trade and retailer events, as well as integrated marketing initiatives, including retail point-of-sale displays and kiosks.

Turtle Beach headsets have supported Xbox One preview events across the world, including: trade events such as Gamescom in Cologne, the Tokyo Game Show, PAX Prime in Seattle; loft showcase events in San Francisco and New York; and the 'Area One' experiential tour which will visit 75 major markets in North America and Europe. Turtle Beach headsets will also be featured in Microsoft's Xbox One booths at the 2013 Brasil Games Show from October 25 to 29, and Paris Games Week from October 30 to November 3.

"Turtle Beach is a key partner with Microsoft in the new Xbox One console platform," said Branden Powell, Director of Strategic Alliances at Microsoft. "We are committed to our partnership with Turtle Beach and will continue to work together to create innovative audio solutions that support the Xbox One's advanced audio capabilities."

"We are very excited about the coming XBOX ONE launch and expect to continue to work closely with Microsoft to deliver the best audio products and capabilities for the XBOX ONE through 2014 and 2015," said Juergen Stark, Chief Executive Officer at Turtle Beach. "I know we will excite consumers with our new headsets in the coming months and I am looking forward to the launch of the XO FOUR and XO SEVEN in early 2014."

About Turtle Beach
Turtle Beach (http://www.turtlebeach.com) designs and markets premium audio peripherals for video game, personal computer, and mobile platforms, including its acclaimed line of Ear Force gaming headphones and headsets crafted for PC and Mac, Nintendo, PlayStation and Xbox game consoles, including the next-generation Xbox One. According to the NPD Group, Turtle Beach manufactures the top five best-selling third-party gaming headsets of all time when ranked in dollar sales. The Ear Force X12 wired headset is the No. 1 best-selling third-party gaming headset of all time.

Turtle Beach, headquartered in Valhalla, New York, is a brand of Voyetra Turtle Beach, Inc., which has been at the forefront of music and audio technology for more than three decades and is recognized as a pioneer of today's PC audio industry.

Turtle Beach and Ear Force are registered trademarks of Voyetra Turtle Beach, Inc. All other trademarks are property of their respective holders and are hereby acknowledged.

In this article: audio, hdpostcross, headset, microsoft, thirdparty, turtle beach, TurtleBeach, xboxone
All products recommended by Engadget are selected by our editorial team, independent of our parent company. Some of our stories include affiliate links. If you buy something through one of these links, we may earn an affiliate commission.