These five surprisingly pointless OS X mods may amuse you

Illegal, trial, and disc versions of iWork and iLife are updating for free, but it's no glitch 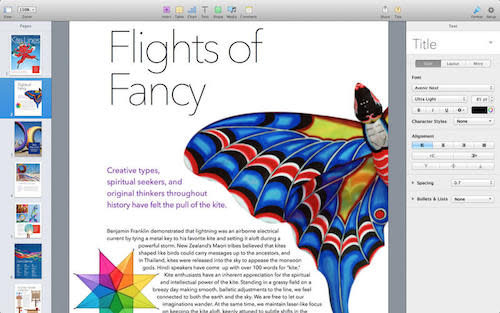 Apple is taking its commitment to free upgrades seriously. Following the announcement that OS X Mavericks and updates for iWorks and iLife would be provided free to current owners and new Mac customers, something interesting happened. Even users who were using trial, disc, or illegally downloaded versions of the software were receiving free updates. The programs includes the whole iWork and iLife suite and Aperture.

But despite some reports, it isn't a glitch. J. Glenn Künzler at MacTrast experienced the free upgrade on his copy of Aperture, and then tested it again on a DVD version of iLife '09. He then reached out to a contact at Apple to find out where they official stance on the updates was. Their response was surprising.

It's no coincidence that Apple's support site doesn't have downloads for the new Aperture, iWork, and iLife updates. They aren't in our Software Update system either – and there's a good reason for that. With Mavericks, we have changed the way we distribute updates for legacy versions of our apps

While we are aware that this enables piracy of our apps for unethical users, Apple has never taken a strong stance or action against piracy in the past. We like to believe that our users are honest, even if that belief is in vain.

This is a refreshing stand point for a company like Apple to take. While this is a source and not an official release the reality of the updates goes a long way towards confirming it. So if you're on the fence about updating because of the possibly nefarious ways you acquired your copy of iWork don't sweat it. Apple thinks the best of you, regardless of whether or not you've earned it.
In this article: ilife, iwork, Mac, OsXMavericks, update
All products recommended by Engadget are selected by our editorial team, independent of our parent company. Some of our stories include affiliate links. If you buy something through one of these links, we may earn an affiliate commission.