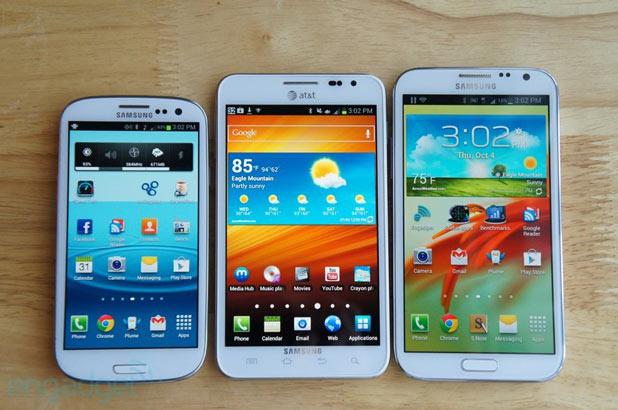 Chinese state media is becoming quite the consumer advocate. Earlier this week, a bit on national TV berated Samsung over certain Galaxy S III and Note II handsets afflicted with the "sudden death" bug, as it has been called. While a firmware fix promised to cure some devices, the root cause appeared to be due to a dodgy flash memory module, leaving some models without hope of a true elixir. In response to the public scolding, Samsung has issued a statement thanking the broadcaster for its report, also noting that its repair and refund policies are in full compliance with Chinese laws. The company offers anyone that's paid for a repair while under warranty to hit them up for a refund, and has now extended the warranty of any potentially affected device made before November 30th 2012 for an extra 12 months.

Earlier this year, Apple ended up massaging its warranty practices after the People's Daily proposed local coverage wasn't as robust as elsewhere. While Samsung was under scrutiny this time, it's clear both companies are keen on managing public perception. After all, attractive hardware ain't the only thing that'll make you successful in the world's biggest smartphone market.

In this article: bug, china, galaxynoteII, galaxysIII, mobilepostcross, samsung, samsunggalaxynoteii, samsunggalaxysiii, suddendeath, warranty
All products recommended by Engadget are selected by our editorial team, independent of our parent company. Some of our stories include affiliate links. If you buy something through one of these links, we may earn an affiliate commission.