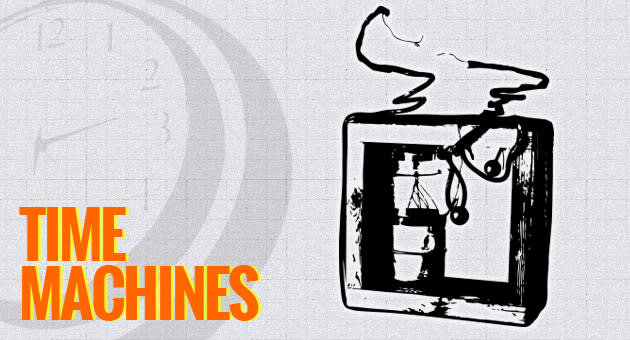 This device famously exhibited the potential of tuned radio waves and their ability to wirelessly convey a signal. In 1899, it transmitted a message successfully from Britain, across the English Channel's 32-mile expanse, to a receiver in France. Its business-minded inventor went on to pioneer an industry in communication that changed the world. Tune in past the break for more about this breakthrough gadget.

Guglielmo Marconi's tuned radio transmitter, and its application in wireless telegraphy, offered a way to send and receive messages across great distances and succeeded in allowing simultaneous signals without interference. Not only was Marconi fervent about his ideas, but he was also a sharp businessman who knew his way around the patent office. His story is that of a brash technology startup, prepared to change the world.

Marconi didn't have a formal education; he had been turned down for official admission into the University of Bologna (Italy) had to settle for auditing classes without credit. He sat in on many courses taught by Augusto Righi, a physics professor, who had been experimenting with electromagnetic waves. Marconi was determined to find a practical way of harnessing those waves for sending information and often called on Righi for advice. Basing his experiments on theories posited in the previous decade by Heinrich Hertz, he developed a contraption that, devoid of connecting wires, could ring a bell two rooms away as he struck a telegraph key.

Marconi was hooked. He began incorporating ideas from contemporaries such as Oliver Lodge, who had discovered some basic tools for transmitting a signal using electromagnetic waves. Marconi's goal was to employ these concepts to facilitate "wireless" telegraphy. As his work progressed, he attempted to boost signals by increasing the electrical current, but that was only feasible on a small scale. Soon, he discovered that by grounding one end of his antenna wires, he could boost signal strength to such a degree that he could send telegraph signals more than two miles away, unhindered by geographical or man-made obstructions.

Marconi developed a system that allowed multiple transmissions from a single device to be sent to various receivers in different locations.

In 1896, Marconi was ready to seek avenues for commercialization. After being turned down by the Ministry of Post and Telegraph in his own country, he packed up and headed to England. He managed to set a meeting with William Preece of the British postal system and it was a huge success, ending with an offer to support his research and development.

By 1897, Marconi had registered the Wireless Telegraph and Signal Company, Ltd. and with more resources at his disposal, he began his work in earnest, opening a factory the next year and setting to work on increasing the range for transmitting and receiving. The transmitter used at the time was made up of a wooden frame wrapped with two lengths of wiring: one for the transmission mechanism and the other for the antenna and grounding. Early tests of the device's abilities involved sending signals to passing ships and covering the distance from London to Cornwall. In 1899, he made his biggest attempt yet, successfully sending a telegraph signal across the English Channel all the way to France -- a distance of 32 miles.

At the time, multiple wireless transmissions would consistently cancel each other out, rendering the messages incomprehensible. To solve this problem, Marconi developed a system that allowed multiple transmissions from a single device to be sent to various receivers in different locations. It was a remarkable feat at the time and interest in the commercial applications began to grow.

Soon after, he changed the name of the company to Marconi's Wireless Telegraph Company, Ltd., landed lucky patent number 7777 and pursued even larger-scale projects, eventually leading to the landmark transmission of the letter "S" across the Atlantic, a distance of 2,100 miles. Many doubted the validity of the first transmission, but several witnesses verified the results of a subsequent test, and so began the era of intercontinental radio communication.

While Marconi was one of many who helped to pioneer wireless communication -- Nikola Tesla was working on similar technology in the US -- he had an unmatched zeal and business savvy that allowed him to widely distribute his ideas and technologies, and to truly influence the world on a grand scale. The lasting effects of Marconi's developments ripple throughout contemporary society. It can be seen in our widespread use of radio, TV and the prized wireless spectrum, which companies today treat as valued, albeit invisible, real estate.

In this article: av, electromagnetic waves, ElectromagneticWaves, gadgetry, gadgets, gear, guglielmo marconi, GuglielmoMarconi, heinrich hertz, HeinrichHertz, oliver lodge, OliverLodge, radio, radio waves, RadioWaves, time machines, TimeMachines, tuned wireless transmitter, TunedWirelessTransmitter, wireless telegraphy, WirelessTelegraphy
All products recommended by Engadget are selected by our editorial team, independent of our parent company. Some of our stories include affiliate links. If you buy something through one of these links, we may earn an affiliate commission.