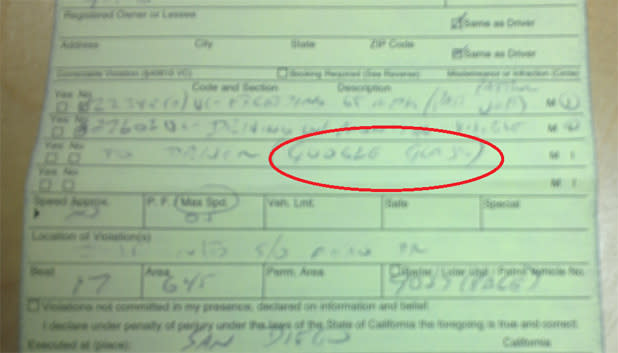 California is technology's spiritual home in the US, where Teslas roam free, and Google Glass is already a social norm. Well, unless you're a member of the San Diego law enforcement that is -- as one unlucky driver just found out. That commuter was Cecilia Abadie, and she's (rather fittingly) taken to Google+ after being given a ticket for driving while wearing her (soon to be upgraded) Explorer Edition. The official charge is "Driving with Monitor visible to Driver (Google Glass)" meaning even CHiPS know full well what's the latest word in wearable tech. Abadie posted the message in the hope that someone with local smarts might be able to clarify the legal merit of the ticket. We're staying out of it, but if you know your California state laws, then jump on the source and get in the mix. In the meantime, at least our protagonist still has the tools to complete her commute.

In this article: california, chips, ExplorerEdition, glass, google, GoogleGlass, ticket
All products recommended by Engadget are selected by our editorial team, independent of our parent company. Some of our stories include affiliate links. If you buy something through one of these links, we may earn an affiliate commission.