Nubia's bezel-free Z9 smartphone is coming to the US 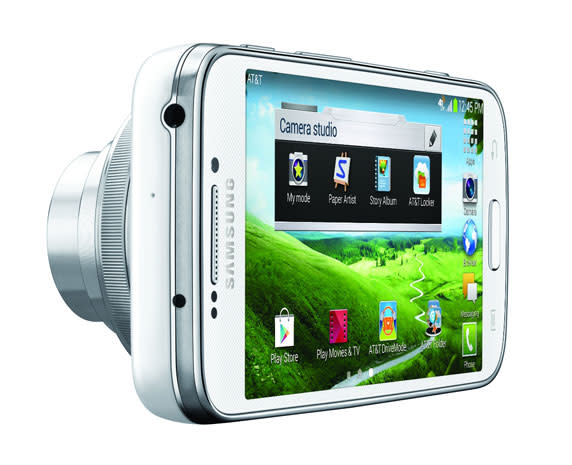 We forgive you if Samsung's Galaxy S4 Zoom(ed) out of mind since its announcement back in June -- it was nearly five months ago (or eons in mobile years). Now that we're leading up to the holiday season, however, AT&T's adding that hybrid Android device to its 4G LTE lineup for $200 with the standard two-year agreement on November 8th. But there is an additional dangling carrot for those that want more than just a 4.3-inch mix of the best of the GS4 with a 16-megapixel sensor tacked on back: a free Galaxy Tab 3. You'll either have to sign up for a new contract or qualify for AT&T's Next program to snag the tablet, but keep in mind, a separate data plan is still required. That's because nothing in life is free. Also, life is cruel. Also also, carriers are not your friend. You should know all of this by now.

In this article: 16-megapixel, Android, ATT, galaxy s4 zoom, GalaxyS4Zoom, google, GS4Zoom, mobilepostcross, samsung
All products recommended by Engadget are selected by our editorial team, independent of our parent company. Some of our stories include affiliate links. If you buy something through one of these links, we may earn an affiliate commission.