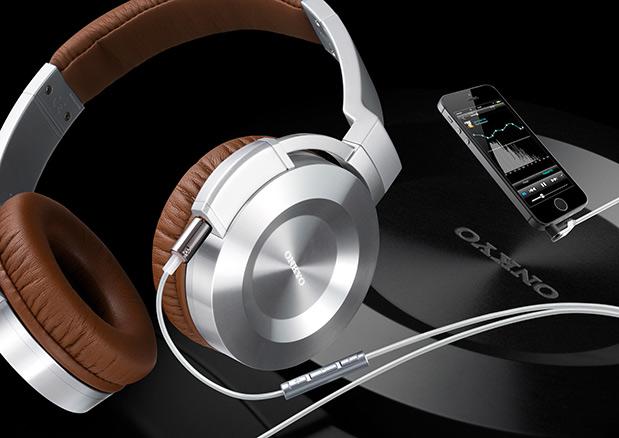 Does the choice of metal inside a headphone cable have much discernible impact on sound quality? It's a debate we'd struggle to contribute to, with ears as bruised as ours, but Onkyo clearly believes that such things matter. Its latest over-ears (the ES-CTI300) and in-ears (IE-CTI300) come with the company's first "super-conductive," oxygen-free 6N copper cable to include in-line controls for music and calls on iOS devices. The translucent cable is detachable, so you can switch it out if it gets damaged or if you'd prefer the older, seamless 6N cable (which has no controls) or the flat anti-tangle cable instead.

Other specs are pretty much on a par with Onkyo's existing range, with the on-ears having 40mm titanium drivers tucked inside aluminum ear-cups, and with the in-ears using 14.3mm drivers inside hybrid aluminum/ABS resin enclosures. We're waiting to hear on US availability, but Brits should expect to find these products in stores from December, priced at £200 and £150 for the bigger and smaller pairs respectively. Oh, and depending on your own level of bruising, you might want to try them with Onkyo's new iOS app, which lets you play your iTunes library through a touch-adjustable equalizer that claims to have 16,000 discrete bands, no less.

In this article: audio, audiophile, copper, earphones, ES-CTI300, headphones, IE-CTI300, mobilepostcross, onkyo
All products recommended by Engadget are selected by our editorial team, independent of our parent company. Some of our stories include affiliate links. If you buy something through one of these links, we may earn an affiliate commission.