How to get Backblaze backups for free, forever 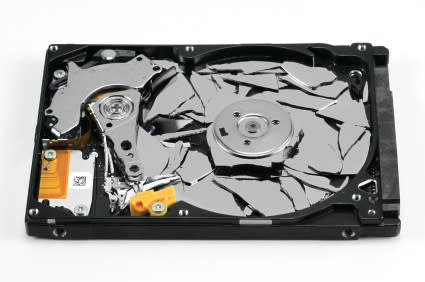 Backblaze knows storage. The online backup company uses more than 25,000 spinning hard drives at any one time, stuffed into the proprietary Storage Pods it developed and made an open-source design. Well, with that many hard drives working away, the company has been able to keep track of failure rates and Backblaze's Brian Beach wrote a wonderful post on the life cycle of hard drives for the company blog.

There are some interesting tidbits in the post. For example, all hard drives exhibit three different failure rates during their lifetimes. Early on, there are failures due to infant mortality -- those drives that might have made it through testing but had some fault that caused them to fail shortly after installation. That failure rate is about 5.1 percent of all drives per year during the first year and a half. After that period, the failure rate flattens out to about 1.4 percent for the next year and a half, and then diving to an 11.8 percent annual failure rate after three years. On average, 80 percent of all hard drives are still in use after four years. Through extrapolation, Beach posits that the median life span of a hard drive -- the point at which 50 percent of drives will have failed -- is about six years. The important thing about the Backblaze study is that it doesn't look at specialized data center-grade hard drives. Instead, the company uses consumer-grade drives just like you and I would purchase. Why does Backblaze use these cheap drives? It allows the company to store 75 petabytes of data at extremely low cost through the use of these drives in racks full of RAID Storage Pods.

More than anything, the numbers prove what we've said all along -- if your hard drive hasn't failed yet, it probably will soon. Be sure to back up early and often.

In this article: backblaze, backblaze storage pod, BackblazeStoragePod, backup, hard drive, hard drive failure, HardDrive, HardDriveFailure, storage
All products recommended by Engadget are selected by our editorial team, independent of our parent company. Some of our stories include affiliate links. If you buy something through one of these links, we may earn an affiliate commission.