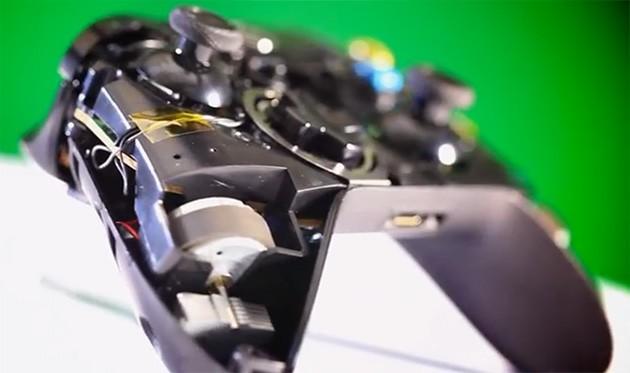 While Sony was content to toy with radical designs for the PlayStation 4's controller, it turns out Microsoft took a more conservative approach when building the Xbox One's gamepad. GamesBeat scored a look at the controller creation process and discovered that Redmond was reluctant to tweak the Xbox 360 controller at all since it considers the hardware "best-in-class." After some pressure from Zulfi Alam, Xbox's general manager for accessories, Ballmer and Co. decided to explore what changes could be made, and invested over $100 million throughout the course of the effort.

Despite the firm's aversion to rocking the proverbial boat, it still wound up with more than a few unconventional prototypes -- some of which packed built-in displays and cameras. One of the strangest versions included a cartridge for emitting smells, and another featured a built-in projector that could throw out visuals reminiscent of illumiroom. Ultimately, the wackier iterations gave way to the traditional kit that's heading to stores, as the adventurous features drained battery life too quickly or the company's "core base didn't appreciate them," according to Alam. While we wouldn't have expected the Xbox One to usher in the age of smell-o-vision, we can't help but wonder what that future would have looked smelled like.

In this article: controller, hdpostcross, illumiroom, microsoft, projector, smell, XboxOne, ZulfiAlam
All products recommended by Engadget are selected by our editorial team, independent of our parent company. Some of our stories include affiliate links. If you buy something through one of these links, we may earn an affiliate commission.