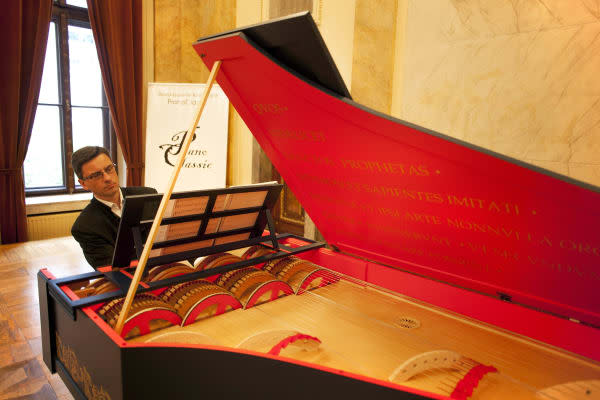 Leonardo da Vinci invented numerous devices that he never built, including the viola organista -- a machine-like instrument that combines a harpsichord, an organ and a viola da gamba. This 500-year-old idea is now a reality, however, thanks to Polish musician Slawomir Zubrzycki. His 5,000-hour project faithfully recreates da Vinci's concept, using a keyboard to press steel strings against moving wheels wrapped in horse hair. The results are sweet-sounding, despite the seemingly odd approach; as you'll hear in a debut performance after the break, Zubrzycki effectively becomes a one-man string ensemble. While it's doubtful that you'll ever find a viola organista in the local music shop, the one-off creation proves that da Vinci knew how to blend technology and art.

In this article: audio, davinci, leonardodavinci, music, slawomirzubrzycki, video, viola, violaorganista
All products recommended by Engadget are selected by our editorial team, independent of our parent company. Some of our stories include affiliate links. If you buy something through one of these links, we may earn an affiliate commission.