AI can't be legally credited as an inventor, says USPTO 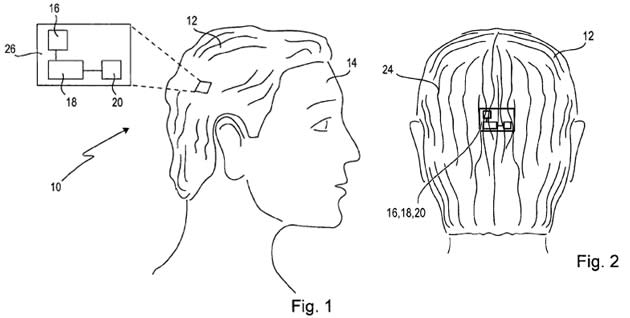 Most large tech companies are either making wearable devices, or at least showing an interest in them. Sony's got a smartwatch, sure, but it's bored of such "in-the-box" thinking. Either that, or someone at Sony's been hitting the pipe, as the company's trying to patent what it calls a "SmartWig" (yeah, seriously). The application describes a standard wig that could "be made from horse hair, human hair, wool, feathers, yak hair or any kind of synthetic material," with a circuit board hidden among those luscious locks. That board can talk to a "second computing device" wirelessly -- such as a phone or even a pair of smartglasses -- and actuators embedded in the hairpiece could "provide tactile feedback to the user." In other words, the wig could vibrate when you receive emails and the like. The wig-chip could also include GPS and an ultrasound transducer, with different regions buzzing to give navigation cues. If all that doesn't sound ludicrous enough, how about an integrated camera? Or, get this, a laser pointer.

The filing goes on to claim a wig is the perfect hiding place for delicate electronics, as humans tend to "instinctively protect their heads more than other body parts." While its potential utility for guiding the blind is mentioned, Sony's apparently tested the SmartWig in a far less meaningful scenario: giving presentations. Switching slides by "touching side burns" is expected to be of some merit, as is an ability to sense facial gestures like the raising of eyebrows. It may be the wearable device Doctor Evil has been dreaming of, but for some reason, we doubt SmartWig could ever make it mainstream.

In this article: patent, PatentApplication, patentfiling, patents, smartwig, sony, uspto, wig
All products recommended by Engadget are selected by our editorial team, independent of our parent company. Some of our stories include affiliate links. If you buy something through one of these links, we may earn an affiliate commission.