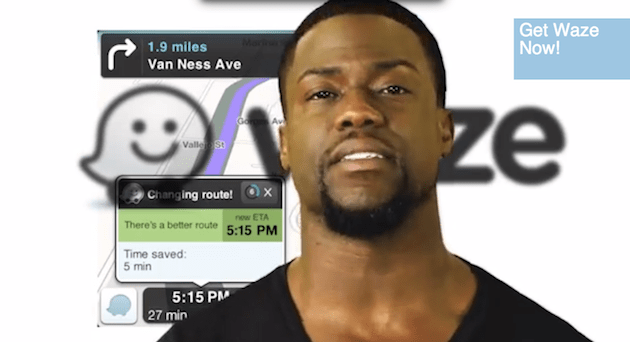 GPS turn-by-turn directions are staid and boring, whether they are relayed by a male or female voice. Waze wants to give us what we really want, which is, quite naturally, driving directions delivered with the gravitas only Hollywood actors can bring. To that end, the social navigation company has partnered up with Universal Pictures to deliver some cross-promotional synergy that'll have actors in forthcoming films acting as your virtual co-pilot. The first such star of the silver screen is comedian Kevin Hart (promoting the aptly titled film Ride Along), and you can get a taste of what Waze will be like with Hart telling you where to go in the video after the break.

In this article: mobilepostcross, navigation, turn-by-turn, UniversalPictures, waze
All products recommended by Engadget are selected by our editorial team, independent of our parent company. Some of our stories include affiliate links. If you buy something through one of these links, we may earn an affiliate commission.