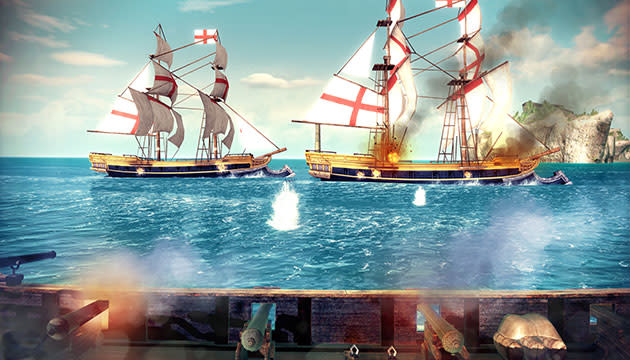 Sure, it's not the first Assassin's Creed title to make it to mobile, but hey, it's the first one with pirates to hit your handset. On December 5th, you'll be able to download Assassin's Creed: Pirates on Android and iOS for $5. You'll be playing as captain, naturally, commanding a pirate ship and combatting with other vessels while looking for buried treasure. It will also feature characters from Ubisoft's other pirate-themed title, Assassin's Creed 4: Black Flag. According to the game developer, the title uses a new 3D graphics engine made specifically for phones and tablets -- don't expect a PC or console-compatible version. While you'll have to wait till next week to start playing, you can watch the trailer here now.

In this article: assassins creed: pirates, Assassins-Creed, games, mobilepostcross, Ubisoft
All products recommended by Engadget are selected by our editorial team, independent of our parent company. Some of our stories include affiliate links. If you buy something through one of these links, we may earn an affiliate commission.