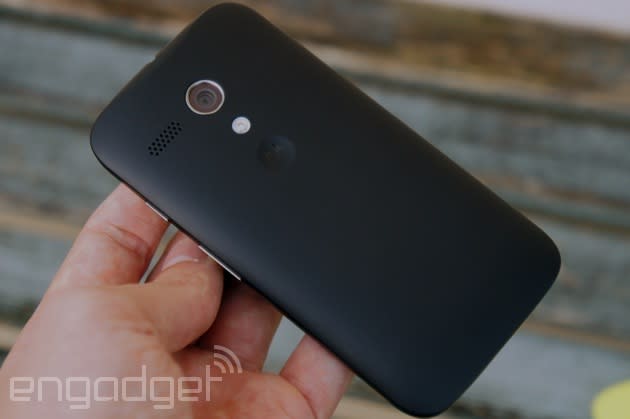 A mere three days after Motorola started selling the Moto G unlocked online, giant retailer Amazon is bringing the budget-friendly smartphone to its shelves. Pre-orders are being accepted as we speak, with the 4.5-inch device being priced at $179 and $199 for the 8GB and 16GB models, respectively. Unlike with Motorola's promise to ship the Moto G as early as December 2nd, Amazon has the arrival date listed for a couple days later, on December 4th. And if you've yet to determine whether this little guy is for you, then perhaps this here review can help during the decision-making process.

In this article: Amazon, Google, mobilepostcross, Moto G, Motorola, Motorola Moto G, pre-order
All products recommended by Engadget are selected by our editorial team, independent of our parent company. Some of our stories include affiliate links. If you buy something through one of these links, we may earn an affiliate commission.