'World of Warcraft' cyberattacker sentenced to year in prison

US pressured North Korea by overwhelming hackers with data traffic 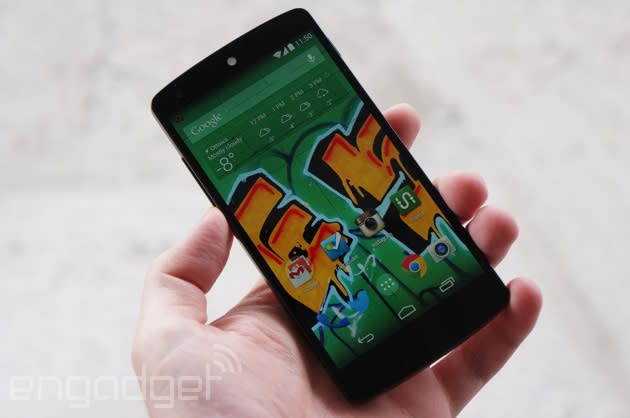 Watch out if someone sends a flood of text messages to your Nexus phone -- they may be trying to break in or otherwise cause havoc. IT administrator Bogdan Alecu has discovered an Android bug that triggers exploitable behavior in the Galaxy Nexus, Nexus 4 and Nexus 5 whenever they're hit by a large volume of Class 0 SMS messages, or texts that aren't automatically stored on the phone. The denial of service attack usually forces the handset to reboot, but it can also disable the network connection (if temporarily) or crash the messaging app. Non-Nexus hardware appears to be safe, although Alecu notes that he hasn't had a chance to test a wide variety of gadgets. Regardless of the problem's scale, affected users will have to be cautious for a while; Google tells PCWorld that it's looking into the exploit, but there's no word on just when we can expect a patch.

Update: There's already a firewall app in Google Play that protects against the exploit. Thanks, Chipsy4!

In this article: denialofservice, exploit, galaxynexus, google, levi9, minipost, mobilepostcross, mobilepostmini, nexus, nexus4, nexus5, security, sms, TextMessaging, vulnerability
All products recommended by Engadget are selected by our editorial team, independent of our parent company. Some of our stories include affiliate links. If you buy something through one of these links, we may earn an affiliate commission.