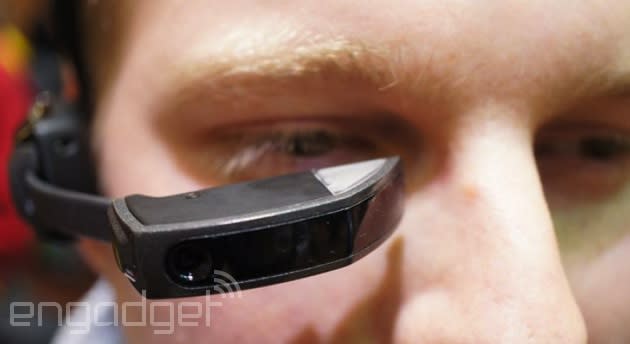 If you want Android-powered eyewear that's readily available, you won't have to wait for Glass' commercial launch next year; Vuzix has already beaten Google to the punch. The company's M100 Smart Glasses have started shipping to developers, and the general public can now pre-order the eyepiece ahead of its expected December release date. Do be prepared to pay for the privilege of seeing your Android and iOS apps on a heads-up display, however. The M100 will officially sell for $1,000 -- about twice as much as Vuzix predicted in January.

In this article: android, EyeWear, m100, m100smartglasses, mobilepostcross, pre-order, smartglasses, vuzix, wearable
All products recommended by Engadget are selected by our editorial team, independent of our parent company. Some of our stories include affiliate links. If you buy something through one of these links, we may earn an affiliate commission.