Pantech adds another fingerprint-scanning handset to its Vega Secret line 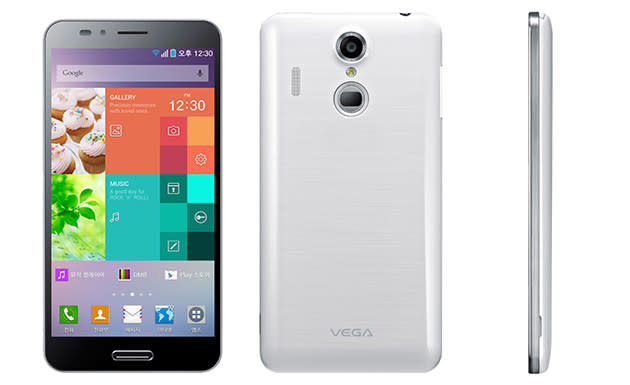 Pantech's latest secret has just been revealed in the form of this 5.6-inch smartphone that's packing similar gear to the company's Secret Note. Like its predecessor, the new Vega Secret Up boasts a fingerprint sensor, LTE-Advanced data connection and a 13-megapixel rear camera. Based on the slightly reduced specs, however, it sounds like a less costly version of its older sibling, ditching the stylus and sporting half (16GB) of the internal storage and 2GB, instead of 3GB, of RAM. Inside the device, which works on WCDMA/GSM bands, you'll find the same 2.3GHz MSM8974 Snapdragon 800 chip and a 3,150 mAh battery. The company won't divulge pricing or availability, but we imagine it'll come in under the price of the Vega Note, which goes for $839 in South Korea.

In this article: kt, lte-advanced, mobilepostcross, pantech, PantechVega, SecretNotepad, secretup, SkTelecom, SouthKorea, vega, vegasecretnote, vegasecretup
All products recommended by Engadget are selected by our editorial team, independent of our parent company. Some of our stories include affiliate links. If you buy something through one of these links, we may earn an affiliate commission.