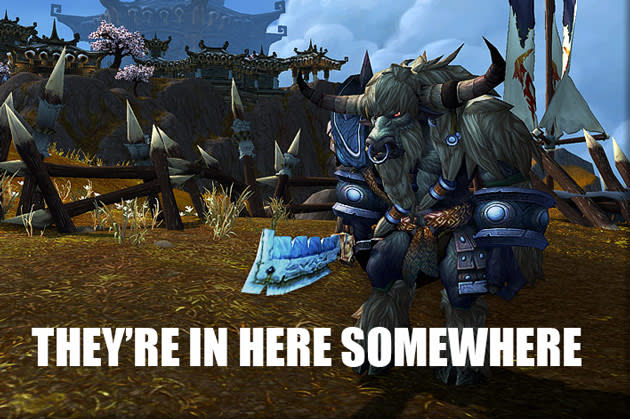 According to documents leaked by Edward Snowden and brought to light today by The Guardian, the NSA has been monitoring online gaming communities since 2008 and has even been sending real-life agents into online RPGs posing as players. Xbox Live was apparently one of the biggest services to be targeted, while World of Warcraft and Second Life also came under some degree of scrutiny. It's not totally clear why the NSA, along with its UK equivalent the GCHQ, thought such operations were necessary, but there seems to have been a general sense that online games could be used as communication hubs by evil-doers, as well as some evidence that Hezbollah had developed its own game for the purpose of recruitment.

None of the leaked files suggest that the agent-avatars caught any terrorists, even though undercover operations were apparently so numerous that, at one point, an NSA analyst called for a "deconfliction group" to be set up to prevent the agency's personnel from inadvertently spying on each other. Meanwhile, Microsoft and Linden Labs have refused to comment, but Blizzard Entertainment has said it was unaware of any surveillance taking place in World of Warcraft and certainly has never granted any permission for its players to be observed. The Guardian says it'll publish the relevant files later today, in partnership with the New York Times and ProPublica.

Update: We asked Microsoft how this happened, and a spokesperson told us that Redmond wasn't aware of any surveillance activity. "If it occurred as has been reported, it certainly wasn't done with our consent."

In this article: edwardsnowden, NationalSecurityAgency, nsa, secondlife, snowden, worldofwarcraft, xboxlive
All products recommended by Engadget are selected by our editorial team, independent of our parent company. Some of our stories include affiliate links. If you buy something through one of these links, we may earn an affiliate commission.