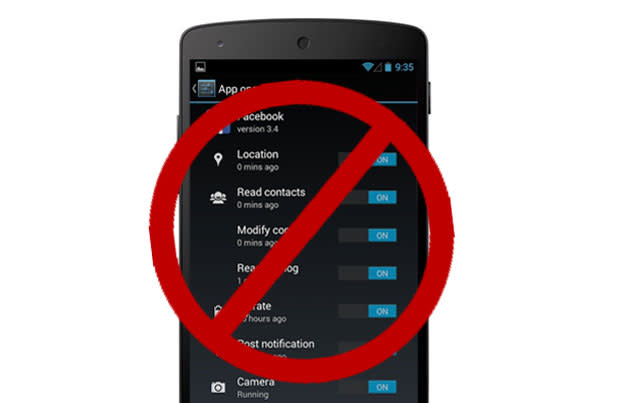 Remember that "Apps Ops" feature Google snuck into Android 4.3? The company seems to have changed its mind. The feature was originally hidden, but when activated with a third party app it gave users the ability to pick and choose what data apps have access to -- blocking seemingly harmless flashlight apps from accessing your call history, GPS data or address book. Now, users upgrading to Android 4.4.2 are reporting that the permission management tool has disappeared. According to Google, the feature was deployed by mistake; it wasn't ready for consumers yet. Continuing to use the incomplete feature could reportedly generate errors in certain apps. It sounds reasonable, considering that the user had to download special software to activate the feature in the first place, but it's always disappointing when updating removes features, rather than improves them. Hopefully, a complete and public version of App Ops will be available soon.

In this article: android, android 4.4.2, app ops, google, privacy, update
All products recommended by Engadget are selected by our editorial team, independent of our parent company. Some of our stories include affiliate links. If you buy something through one of these links, we may earn an affiliate commission.