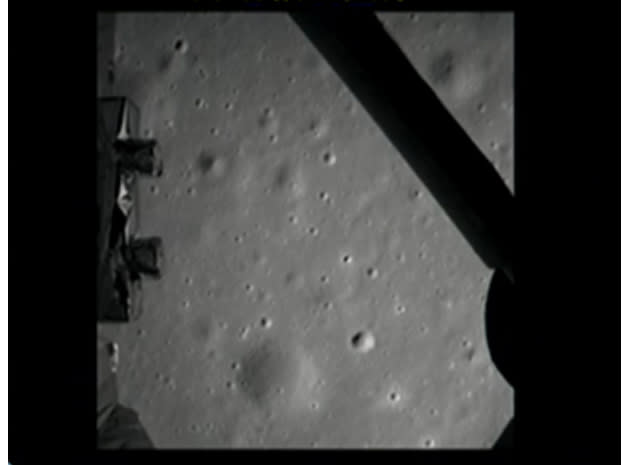 China has just entered a very exclusive club -- it's now the third country to have soft-landed vehicles on the moon. Its Chang'e 3 lander and accompanying Jade Rabbit rover successfully reached our celestial neighbor's Bay of Rainbows on Saturday. Jade Rabbit will now spend months studying the lunar surface, while its host will watch Earth and other objects in space. The mission should provide fresh scientific data to both China and other space agencies, but it's most useful in the short term as a revival of exploration efforts. There hasn't been a soft landing on the moon since 1976 -- China is kicking off a new phase of lunar science that will hopefully lead to a long-term human presence.

Update: After only a day of puttering around its lunar landing site, the Jade Rabbit rover has already reportedly sent over 4600 images back to earth, although most of them haven't been released to the public. Care for a peek? We've posted one after the break. In this article: change3, china, jaderabbit, lunar, moon, robot, rover, science, space, video, yutu
All products recommended by Engadget are selected by our editorial team, independent of our parent company. Some of our stories include affiliate links. If you buy something through one of these links, we may earn an affiliate commission.