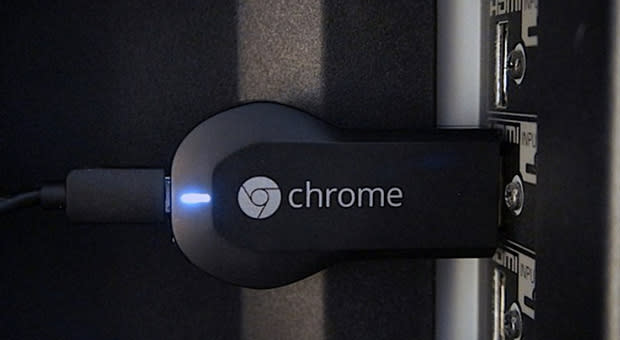 HBO Go, Songza and Pandora are about to get more company on Chromecast, according to a Gigaom interview with Google's VP of product management Mario Queiroz where he stated additional waves of apps are coming soon. A public release for the Chromecast SDK -- which should allow developers to build and release their own apps at will -- won't happen until next year, but this week the team gave over 40 developers access to a preview version just to get their feedback. To ensure its elegantly simple user experience remains intact across all applications, the company also recently released a 14-page design guide that details the basic expectations for the development community. An impending international release next year is also encouraging publishers to make compatible apps -- moves that should benefit everyone, regardless of where they call home. Quieroz's "broader" goal is to establish Cast tech as a standard embedded into other hardware, but until that happens there's still time to gift-wrap a few of Google's HDMI dongles and look like a hero all year as their capabilities continue to expand.

In this article: android, apps, Chromecast, google, hd, hdpostcross, IOS, MarioQueiroz, mobilepostcross, sdk
All products recommended by Engadget are selected by our editorial team, independent of our parent company. Some of our stories include affiliate links. If you buy something through one of these links, we may earn an affiliate commission.