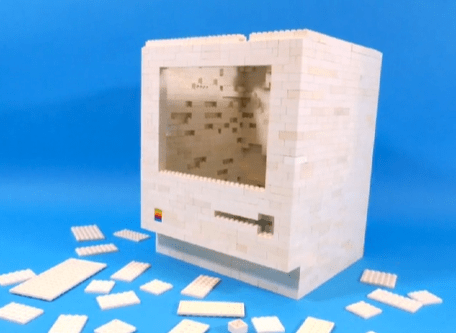 Have a pile of LEGO bricks, an iPad and a lot of time on your hands? You can create a cute little "Mac Classic" iPad dock like the one lovingly put together by Norwegian ad creatives Jason Kinsella and Charlotte Bakken.

The team put together a scale model of the original Mac, then decided to include a slot so they could add in an iPad for movie viewing or just pretending that the 1984 Mac had a touch screen... The result isn't an exact replica, no more than a LEGO Apple Store is a scale model of a real Apple Store. It's still fun, though.

In this article: iPad, LEGO, Mac Classic, video
All products recommended by Engadget are selected by our editorial team, independent of our parent company. Some of our stories include affiliate links. If you buy something through one of these links, we may earn an affiliate commission.