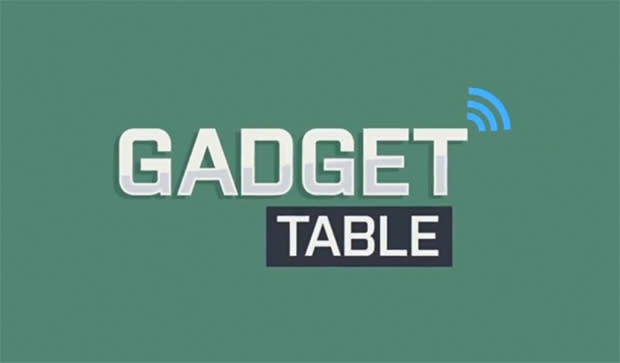 The snow is falling, the trees are all lit up and servers everywhere are beginning to groan under the strain of last-minute shopping sprees. It's beginning to look a lot like Gadget Table time. To celebrate the season -- and put one last ribbon on the year that was -- we're bringing back an old Engadget Show favorite. We've dusted off the table and filled it full of some of the best and most memorable gadgets of 2013. Tablets, smartphones, video game consoles, tablets, wearables and even the occasional dongle -- all are fair game. Join Brian and Dana after the break, as they take you through the year in gadgets.

On The Gadget Table:

Google Chromecast: At $35, the Chromecast is the gadget deal of the year. This little dongle and its ever-growing arsenal of compatible streaming services can turn your old HDMI-enabled set into a smart TV you control with your mobile device.

Moto X: Motorola has a knack for focusing on elements other smartphone manufacturers largely ignore. Recent models have brought ruggedness and battery life to the forefront, as other companies have raced toward ever enlarging displays. The Moto X is all about customization, thanks to Moto Maker -- and thanks to a new US factory, the Google-owned phone maker can proudly display the words "assembled in the USA."

Google Glass: If the Gadget Table is any indication, 2013 was a banner year for hardware from a company largely known for its software offerings. Google Glass wasn't the most popular or best-received product of 2013, but in a year that saw an explosion in the popularity of wearables, the headset seemingly gave us a small glimpse into the future. Google's still got a ways to go as far as convincing the public, but Glass' limited exposure has managed to capture the public's imagination.

iPad Air: 2013 likely won't go down as one of the more innovative years in Apple's history, but the company did prove that it can still wow us with some super-sleek hardware. The latest iPad is as thin and light as its name implies, while still packing in great battery life and snappy performance, thanks to the A7 chip. The real star of the show, however, is iOS 7, a completely revamped version of Apple's mobile OS.

PlayStation 4: It's still far, far too early to crown a winner in the console wars, of course, but Sony's certainly got a bit of a head start, thanks in no small part to its $400 price point (coming in at $100 cheaper than the new Xbox). That price tag will get you a fast, powerful machine with a lovingly revamped gamepad. As for games, however, well, we'll have to wait for 2014...

In this article: apple, chromecast, google, hgg, hgg2013, ipad air, moto x, motorola, sony, video
All products recommended by Engadget are selected by our editorial team, independent of our parent company. Some of our stories include affiliate links. If you buy something through one of these links, we may earn an affiliate commission.