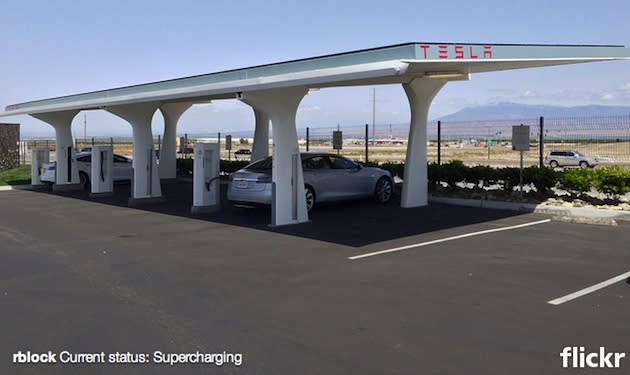 The new look of Flickr is ready to surface in other spots on the web, now that Yahoo's photo site has rolled out a new style for embedded photos. Enabled by default if you're using the preview UI, the new embed code pulls in extra data like title and the owner's username as an overlay, plus interaction so viewers can scroll through more photos easily (an actual embed follows after the break). Also key for Flickr and its users, it can measure the reach and viewing statistics for its photos when they're used elsewhere. Probably most important, the new style compares well with other social networking / media posting services like Instagram and Google+, although some users are already complaining about having Flickr's watermark slapped on their photos. For now, the old embeds are still available, but we'll see if that changes when the site's preview experience becomes the default style.

In this article: embed, flickr, overlay, style, yahoo
All products recommended by Engadget are selected by our editorial team, independent of our parent company. Some of our stories include affiliate links. If you buy something through one of these links, we may earn an affiliate commission.