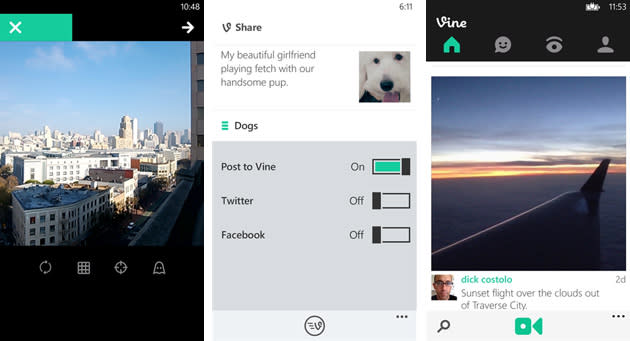 Although Vine launched on Windows Phone with many core features intact, it didn't come with a draft mode -- if you switched tasks, your hard work (six seconds of it, anyway) went out the window. That won't be an issue with the latest version of the app, though. You can now save the video you've recorded to finish it later; interruptions and time-lapse videos won't be major headaches from now on. The Windows Phone client still doesn't have the post-shoot editing of its Android and iOS siblings, but it's clear that the feature gap is narrowing quickly.

In this article: app, mobilepostcross, smartphone, SocialNetworking, software, twitter, update, video, vine, windowsphone
All products recommended by Engadget are selected by our editorial team, independent of our parent company. Some of our stories include affiliate links. If you buy something through one of these links, we may earn an affiliate commission.