The NBA's esports league postpones 2020 season due to coronavirus 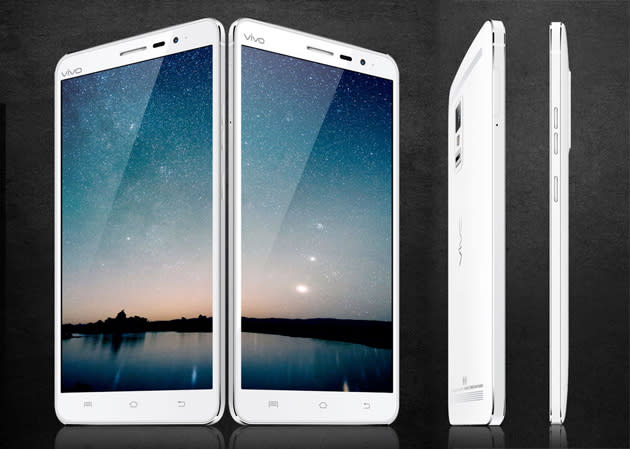 We came away rather impressed with the Vivo Xplay from China, so today's launch of its successor, the Xplay 3S (which is a bit odd as there was never an "Xplay 2"), is something that we've been looking forward to since the teaser way back in October. As mentioned before, this new Android phone is still the first to pack a 2K (2,560 x 1,440) display, which works out to be a ridiculously high 490ppi density on the 6-inch panel.

Like other recent Vivo phones, you'll find a pair of dedicated audio chips on the Xplay 3S -- here you have ESS Technology's ES9018 DAC and Texas Instruments' OPA2604 amplifier, both of which are said to be the crème de la crème in their respective categories. This should go nicely with the built-in DTS Headphone:X feature that brings 7.1 or even 11.1 surround sound effect to your stereo headphones; plus Vivo's video streaming service already hosts about 200 Headphone:X-capable movies (along with over 400 movies in 1080p and over 1,000 movies in 720p), with more to be added each month. Other specs include a 2.3GHz quad-core Snapdragon 800, 3GB of RAM, 32GB of storage, a 3,200mAh battery plus support for both TD-LTE and FDD-LTE. This is all inside a 172g body with a 4.5mm-thick metallic bezel, though the phone is just a tad thicker towards the middle due to its curvature. The actual new bit this time round is the fingerprint reader on the back, which lets you unlock the device and sensitive documents.

Our only worry is that the f/1.8 13-megapixel camera -- which should be of decent quality -- is positioned rather close to the fingerprint scanner, meaning it's prone to smudges. On a related note, like many Chinese phones these days, the 5-megapixel front imager should keep the girls busy with its various beautification features. What's more, these settings can also be toggled by voice command now, but only if you don't mind shouting "make my face thinner" or "make my eyes bigger" in front of other people.

There are some nice goodies in the latest version of Vivo's Android ROM, which is now awkwardly dubbed Funtouch OS. The most notable one is Photo+, a video sharing app that takes advantage of augmented reality (as demonstrated in the above clip). Once your video is uploaded to the cloud, you can pick a video frame for printing or sharing digitally; and then using the same app, point the camera at the still to "animate" it with its assigned video clip.

In addition to the OS' gentle facelift, other cool new features include gesture assignment for contacts, mood-based music playlist, "air wake" gesture input to toggle apps, location-based reminders, City Show AR app (like Layar) to browse nearby offers, and a "timeline desktop" app that lists your photos and interaction with friends chronologically. One unfortunate thing here is that Vivo's new camera app looks all too similar to Nokia's offering, but it'll be interesting to see if the latter company can do anything about this in China.

Sadly, there's no info on when the Xplay 3S will be available for purchase. All we know is Chinese online store Tmall will be taking pre-orders soon, and there's no doubt that Vivo is pushing for a full launch before Chinese New Year (January 31st for 2014). The price is CN¥3,498 or about $580, and the company told us that it has big plans for the overseas market next year, so we shall keep an eye out for the Xplay 3S' next move.

In this article: 2k, china, dts, ES9018, fingerprint, funtouchos, headphonex, mobilepostcross, OPA2604, phone, snapdragon800, td-lte, video, vivo, xplay3s
All products recommended by Engadget are selected by our editorial team, independent of our parent company. Some of our stories include affiliate links. If you buy something through one of these links, we may earn an affiliate commission.