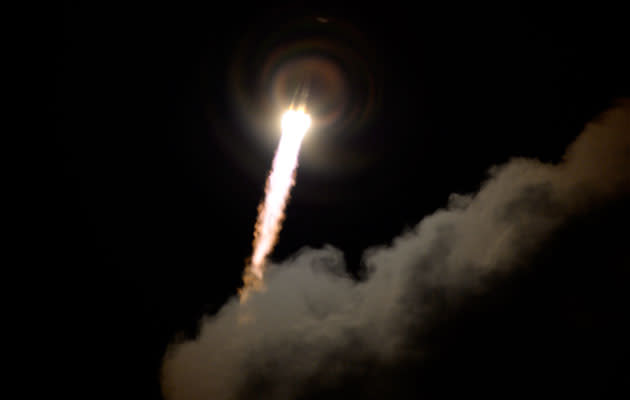 When thinking about powerful cameras, most gadget nuts would be happy with a Lumia 1020 or a 5D Mark III, but neither of those can match what's just left the planet. The European Space Agency has launched the Gaia satellite with a mission to photograph and map the galaxy surrounding us with an unprecedented level of detail and accuracy. Armed with a one billion pixel camera, the lens can pinpoint a far-away star with an error margin of seven micro-arcseconds, or measure a person's thumbnail on the moon -- from Earth. The satellite will now travel 1.5 million kilometers away from our home, a which point it'll begin a five year mission to, you know, explore strange new worlds, seek out new life and new civilizations and boldly photograph where no one has photographed before.

In this article: ESA, European Space Agency, Gaia, Launch, Satellite, Space, Telescope
All products recommended by Engadget are selected by our editorial team, independent of our parent company. Some of our stories include affiliate links. If you buy something through one of these links, we may earn an affiliate commission.