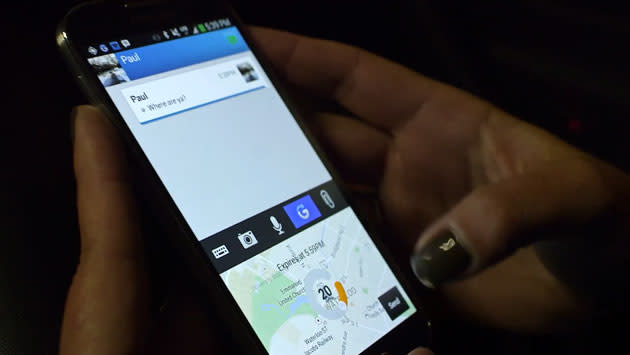 BlackBerry's new interim chief John Chen has just got a rude wake-up call: the company shipped only 1.9 million smartphones to retailers in Q3 compared to 3.7 million last quarter, and lost $4.4 billion. Most of the phones shipped were lower-priced BB7 models, and it lost a massive $2.6 billion on unsold BlackBerry 10 devices and other associated BB10 charges. Retail channel sales (of phones already shipped) during the period also showed the scale of the drop in its upmarket phones: of 4.3 million devices sold to end-users, only 1.1 million were BB10 handsets. Given that, Chen has already started making big changes, including a new organizational structure. The company will soon be divvied up into the following business units: Enterprise Services, Messaging, QNX Embedded and Devices. He hopes that'll create more focus for the services group and greater efficiencies for its handset division.

With smartphone sales in freefall, BlackBerry also detailed its new five-year partnership with Foxconn. It said such a deal would let it focus on design and software, while "Foxconn's scale and efficiency will let us compete more effectively." Foxconn will build handsets in both Indonesia and Mexico, and BlackBerry said the first devices shipped in March or April 2014 will be BlackBerry 10 handsets aimed at emerging regions. For other markets, it'll focus development on segments still friendly to the brand, like enterprise and government. Meanwhile, the only bright spots in the quarter were messaging, with 40 million new Android and iOS users, and its bread and butter enterprise services. Given the hardware sales drop in just a single quarter, however, it seems to be do-or-die time for the iconic company.

Update: CEO John Chen is offering a few more details in a follow-up interview with reporters and analysts. He mentions that the deal with Foxconn will help alleviate the risk of having excess inventory: "What we have done today is ... taken our inventory down that scales to the level of the handsets we expect to sell." But despite its new focus on emerging markets, Chen says that BlackBerry will continue to work on "evolving and refreshing handsets," noting that the Waterloo side of the company will remain focused on high-end devices, while Foxconn will focus on the low-end.

Chen also says that one of BlackBerry's big areas of focus will be on regulated industry, such as government, and that the company still sees security as absolutely essential to its future success; in fact, he specifies Verizon and AT&T's enterprise groups still consider BlackBerry to be the gold standard in security, and continue to be excited for its products.

In this article: blackberry, earnings, financials, foxconn, restructuring
All products recommended by Engadget are selected by our editorial team, independent of our parent company. Some of our stories include affiliate links. If you buy something through one of these links, we may earn an affiliate commission.